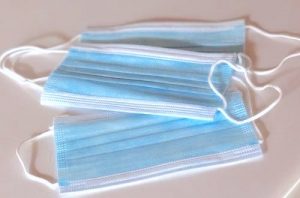 SPRINGFIELD – Nine of 11 regions in the state’s COVID-19 mitigation plan have seen mitigations lifted in the past week, with two moving all the way back to Phase 4 restrictions.

The announcement came as hospitalizations and positivity rates continued to decline and the state launched a contracting effort to increase hospital staffing, adjusting the available bed metrics that determine mitigation levels.

Based on adjustments for hospital staffing, Region 3, which covers west-central Illinois counties including Sangamon and Logan, and Region 5, which covers southern Illinois, moved to Phase 4 mitigations.  Under Phase 4, gaming and casinos, hotels, indoor fitness classes, offices and cultural institutions are able to reopen without tier restrictions.

Once a region moves into Tier 1 mitigations, indoor dining is allowed at a limited 25 percent capacity, indoor tables cannot exceed four people, reservations are required and establishments must be closed between the hours of 11 p.m. and 6 a.m.

Although indoor bar service is allowed under Tier 1, it remains suspended unless food is being served at the establishment.

The requirements to move to Tier 1 include a test positivity rate below 8 percent for three consecutive days, with the same criteria for hospitalizations and bed availability as the previous tiers.

Region 8 in the west suburbs, Region 9 in the north suburbs, Region 10 in suburban Cook County and Region 11, which covers the city of Chicago, are all in Tier 2, meaning there is still no indoor dining allowed.

In order to move from Tier 3 to Tier 2, regions must see a test positivity rate below 12 percent for three consecutive days, with the same criteria for hospitalizations and bed availability as previously stated.

Prior to Monday, eight of the state’s 11 mitigation regions remained under Tier 3 restrictions.

“Hospital leaders have made clear the importance of staffing in their continued response to this pandemic and conveyed that staffing contracts will be extraordinarily valuable in their ability to meet the needs of their communities,” Illinois Department of Public Health Director Dr. Ngozi Ezike said in a news release.

The surge staffing program was created to address capacity issues reported by Illinois hospitals and IDPH in partnership with the Illinois Emergency Management Agency and Department of Healthcare and Family Services. The program helps hospitals hire staff for to tend to existing beds that they otherwise cannot staff.

“We are pleased to see most of our regions move out of Tier 3 mitigations with this change, and it is critical that we maintain this progress,” Ezike added. “With new variants of COVID-19 spreading, it is more important than ever to follow public health guidance that keeps people safe.”

Pritzker also announced Friday the entire state will move into Phase 1B of vaccine distribution starting Jan. 25, although some counties have already entered this phase.

Most of the state is only distributing the vaccine under Phase 1A, which includes health care workers and long-term care facility residents. Counties that have substantially completed the first phase have started Phase 1B, which includes non-health care essential workers, residents 65 years or older and inmates.

As of Sunday night, a total of 1,085,750 doses of Pfizer-BioNTech and Moderna COVID-19 vaccines were delivered to the state of Illinois.

About 781,150 doses were delivered to providers in Illinois, including Chicago, while the remaining 304,600 doses have been allocated to the federal government’s Pharmacy Partnership program for long-term care facilities.

Currently the state is reporting a total of 495,563 vaccines administered, including 66,679 for long-term care facilities. Administers have three days from when a vaccine was administered to report it.

The seven-day rolling average of vaccines administered daily is 22,856 doses.

Some Illinois counties begin Phase 1B of vaccine distribution