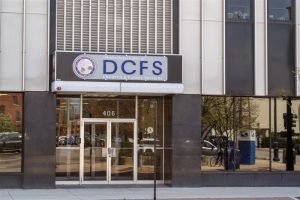 SPRINGFIELD – Child welfare officials in Illinois reported a 17 percent decline in the number of child death cases they investigated during the previous fiscal year, an indicator, they say, of progress in addressing previous shortcomings.

According to the latest annual report by the Department of Children and Family Services’ inspector general, the agency opened 102 child death investigations during the fiscal year that ended June 30, down from 123 the previous year.

“In short, my eyes are experienced, but fresh. And my eyes see progress,” Lester Bovia Jr., who was named interim Inspector General of the office in March, wrote in the report.

DCFS investigates the death of any child whose family had been in contact with the agency during the previous year. That includes deaths that result from accidents and illnesses as well as homicide and suicide.

Of the 102 deaths that occurred during the year, 41 were determined to be the result of natural causes, 30 were the result of accidents. Homicides accounted for 12 of the deaths. Five were caused by suicides and 14 were from undetermined causes.

The ages of the homicide victims ranged from 4-6 months to 17 years. Of the 12 homicide victims, four were classified as “youth in care,” meaning they had been placed in the temporary care of DCFS because a court had determined their families could not safely care for them. Two were in families receiving intact services, one involved the child of a former youth in care and one had previously been in foster care but was returned to his or her family within the previous year.

Last year, when DCFS reported 123 child deaths, the inspector general at that time described it as “unacceptable to every citizen,” and it prompted a series of legislative hearings. Those deaths included 24 homicides, including 11 cases involving children whose families had been the subject of a report of suspected abuse or neglect that investigators later determined were “unfounded.”

From 2000 through 2019, that report indicated, DCFS averaged only 105 child death investigations each year, so the fact that the 2019 fiscal year had 123 deaths investigated was considered an outlier.

Last year’s report included a long list of recommendations, some related to specific cases but others calling for “systemic” changes in the way DCFS handles reports of suspected child abuse and neglect.

This year, Bovia said the number of child deaths investigated was much closer to the historic average, but he said it did not appear to be merely “a regression back to the mean,” but rather that the agency has responded to the recommendations that the Office of Inspector General made last year.

Bovia said there were two factors that led him to that conclusion, starting with the COVID-19 pandemic. When Gov. J.B. Pritzker first issued a stay-at-home order in March 2020, he said, officials braced themselves for a possible dramatic increase in child death cases.

“Our concern was that at-risk children would be confined for more time than usual within the walls of unstable, dangerous homes, and out of sight from mandated reporters of abuse and neglect, with disastrous results,” Bovia wrote. “That child death cases did not increase sharply in FY 2020, but instead decreased to 102, tells us that the year-over-year decrease is likely real.”

The second reason for optimism, Bovia wrote, is the fact that the downward trend appears to be continuing. During the first five months of the current fiscal year, July through November, the inspector general’s office had opened only 40 child death investigations.

Bovia noted that DCFS has either implemented or has provided an implementation plan for all 96 recommendations that the Office of Inspector General has made. Those include appointing a domestic violence coordinator in each region of the state; having DCFS management review all cases involving families with three or more child protection investigations within a year; and providing in-home parenting services for all pregnant and parenting youth in care.

“To be blunt, OIG recommendations save lives,” Bovia wrote.