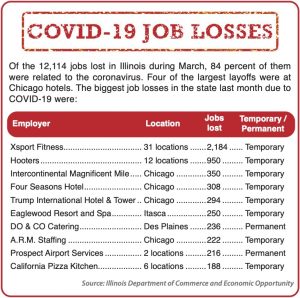 Mike Machak just shakes his head when going to get groceries.

His route takes him right past the Xsport Fitness in Naperville where he has made his living for the past three years.

“The coronavirus has caused all of us to push ‘Pause,’” Machak said.

The Xsport personal trainer said he was able to get a two-week gig with Groot: Waste Management Services, sorting recyclables.

He has reached out to Amazon in hopes of landing a temporary warehouse position.

“I want to be busy,” Machak said. “I am forced to sit at home because of the situation, but I would rather do something that interests me.”

A contractor with Xsport, the Naperville resident said he has always been able to work with the people with whom he has been paired.

He said he has continued to work virtually with one of his longtime clients, although he makes no money from the workouts.

“I do it because it’s beneficial to me and to her. I just wish I had heavier weights,” Machak quipped, noting his client has heavier weights at her home than he does at his condo.

One fitness firm, Gold’s Gym, has announced that it will close about 30 gyms, including ones in the St. Louis area. Gold’s seven central Illinois locations are not expected to be affected.

Machak said he hopes to remain in fitness, riding out the financial hit from the COVID-19 shutdown.

“I am hopeful that things come back, that the virus runs its course,” Machak said. “I do love personal training and staying fit. I really, really hope Xsport comes out of this in a good place so we can all get back to our working with clients.” 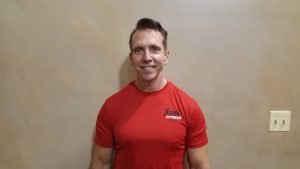 Mike Machak, a personal trainer at Xsport Fitness in Naperville, continues to work virtually with a client despite not being paid for it. Machak said is looking to land a warehouse job until he can get back to working with fitness clients full time. (Provided photo)

Workers in the fitness industry were some of the hardest hit in the early days of Illinois Gov. J.B. Pritzker’s order shuttering non-essential businesses.

Xsport Fitness temporarily laid off 2,184 of its Illinois workers in March, according to the Illinois Department of Commerce and Economic Opportunity. The company said the layoffs were related to the coronavirus.

Of the 12,114 jobs lost in Illinois during March, 84 percent of them were related to the coronavirus, according to information obtained from the state Department of Commerce.

Restaurants were also hit hard as the governor’s shelter-in-place order went into effect.

Hooters laid off 950 employees at its 12 Chicago area locations. California Pizza Kitchen laid off 188 workers at its five Illinois restaurants.

Karen Kent, president of Unite Here Local 1, which represents 6,000 hotel workers in Chicago, said during a virtual rally for the workers that the workers are losing $5 million a week cumulatively. She said most hotel workers in the city are women, immigrants and people of color.

Kent called on hotels to pay their laid-off workers during the coronavirus pandemic.

Latanya Marshall, a housekeeper at The Blackstone Hotel in Chicago for 12 years, said during the virtual rally that her COVID-19-related layoff has greatly affected her family. 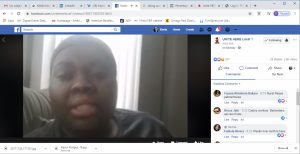 Latanya Marshall, a housekeeper at The Blackstone Hotel in Chicago, said during a virtual rally for hotel workers that she “went from working a 9-to-5 job to applying for unemployment now and waiting to receive money to take care of my family.”

“I went from working a 9-to-5 job to applying for unemployment now and waiting to receive money to take care of my family,” Marshall said.

She said even with the expected stimulus money, she and other hotel workers will be forced to make hard decisions going forward.

“I’m going to make sure my kids are taken care of first,” Marshall said. “I just feel like we’re in a tough situation and I work for a $1 million corporation that has not reached out for us.”

More than 4,000 of the Illinois jobs lost in March to COVID-19 were in the city of Chicago.

The temporary shuttering of the 10 Xsport Fitness locations in the city caused a loss of 683 jobs.

More than 2,000 of the state’s COVID-19 job losses occurred in suburban Cook County.

DO & CO Catering in Des Plaines laid off 236 workers.

Castwell Products in Skokie is closing, leaving 149 individuals out of work. However, company officials did not tell the state’s Department of Commerce whether the permanent closing was coronavirus related.

More than 1,000 DuPage County jobs were lost in March due to COVID-19.

Eaglewood Resort and Spa in Itasca had more than 20 percent of the county’s job loss with 250 employees laid off.

Kane County saw the loss of 285 jobs in March due to the coronavirus.

The biggest loss of jobs was at Xsport Fitness Big Rock, where 110 workers were laid off.

Layoffs at Bally Foods meant the loss of 237 jobs due to COVID-19 in the Metro East area in March.

Three employers eliminated a total of 185 jobs in Lake County during March due to COVID-19.

Kemper Valve & Fittings in Island Lake told state commerce officials it was laying off 110 people due to a “decrease in scale” but did not say if the reduction was related to the coronavirus.

Tangent Technologies, a plastics material and resin manufacturer with locations in Aurora and Batavia, told state officials it was laying off 180 workers due to the COVID-19 pandemic.