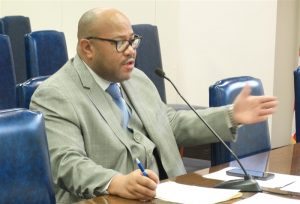 CUTLINE: Rep. André Thapedi, D-Chicago, pictured at a committee hearing in Springfield in 2019, said the House civil judiciary committee he chairs will open an investigation into the more than 30 deaths at the LaSalle Veterans’ Home that have been caused by COVID-19. (Capitol News Illinois file photo by Peter Hancock)

SPRINGFIELD — A coronavirus outbreak at the veterans home in LaSalle that has killed a quarter of the residents over the span of a few weeks has prompted the chairman of a state House committee to open an investigation into the deaths.

“I don’t know what it is or who’s responsible but something is wrong,” said Rep. André Thapedi, chairman of the House Judiciary-Civil Committee in a phone interview. “And that’s why I consider this to be a legal matter. What occurred — when you have 32 of our heroes dying in our care – that’s clearly a legal matter. So, I want to use all of my skills and all other resources that I have as a legislator to try to get to the bottom of what happened.”

On Dec. 2, Thapedi submitted a written request for a broad range of documents pertaining to the outbreak from Illinois Department of Veterans Affairs Administrator Angela Mehlbrech, who was the administrator of the LaSalle facility. On Monday, the state issued a news release noting Mehlbrech had been “terminated,” with Assistant IDVA Director Anthony Vaughn to serve as interim administrator of LaSalle Home.

The written request asks for vendor information for the hand sanitizer and personal protective equipment used, as well as the specific rules and protocols related to COVID-19 in effect at the facility, among other demands for information and documents. 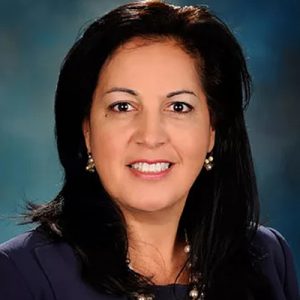 Since the outbreak began on Nov. 1, the LaSalle home has reported that 32 residents have died of COVID-19 related illnesses, according to the latest update from the IDVA on Dec. 5. As of midnight on Oct. 31, there were 128 residents at the home, according to an IDVA spokesperson.

Two separate on-site visits conducted at the LaSalle home — the first by the U.S. Department of Veterans Affairs on Nov. 12, and the other by the Illinois Department of Public Health on Nov. 17 — made several recommendations, including replacing the less effective alcohol-free hand sanitizer with an alcohol-based sanitizer.

The U.S. VA report provides examples of staff violating personal protective equipment guidelines, including an instance where three staff members in the facility’s kitchen were seen with masks around their chins, eating, and all within less than 6 feet from each other.

That report also states that staff who eventually tested positive had attended a Halloween party.

When IDVA Director Linda Chapa LaVia was asked about staff attending a Halloween party during a Senate Veterans Affairs Committee hearing last month, she said that statement could not be substantiated and the information was based on “word of mouth.”

The report from IDPH states that transmission among some staff “may have occurred due to reported laxity of masking and social distancing while off duty and also during break periods while on duty.” As a result, “Increased monitoring has been initiated.”

“Depending upon what documents and what information comes out of that first round, there may be some other entities or people or organizations that have relevant information that we can obtain, all with the goal of finding out what happened. So, it’s a process,” Thapedi said.

Thapedi said the civil judiciary committee’s investigation is also not in coordination with Rep. Stephanie Kifowit, D-Oswego, chairwoman of the House Veterans Affairs Committee, who has called for an in-person committee meeting in Chicago currently set for Dec. 15.

Unlike the Senate, the House failed to pass a measure during its brief session in May that would have allowed for virtual committee hearings.

In Kifowit’s Dec. 4 letter calling for the meeting, she wrote that she has no choice but to request an in-person subject matter hearing during a global pandemic, given the House’s failure to pass virtual hearings, as well as “the extreme concern and mourning of the death of 30 veterans in the LaSalle Veterans Home by myself and members of the committee.”

On Monday, Kifowit wrote via text message to Capitol News Illinois that the Veterans’ Affairs Committee’s hearing next week will focus on the steps needed to protect residents at LaSalle. She said her committee’s inquiry will examine “the failings outlined in the (U.S. VA) report, look at best practices from other facilities and veterans homes, and work on a path through legislation to make sure situations like this never happen again.”