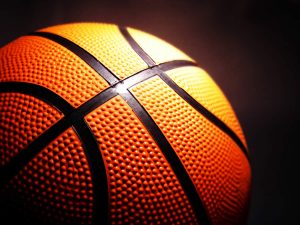 The IHSA Board of Directors on Jan. 27 said it will allow girls and boys basketball and other winter sports to begin almost immediately.

The Illinois High School Association has unveiled a crowded high school sports schedule that crams competition in 25 girls and boys sports into a 20-week sprint towards a targeted June 19 finish.

The IHSA Board of Directors on Jan. 27 said it will allow girls and boys basketball and other winter sports to begin almost immediately and Illinois’ first-ever spring football season to kick off practices on March 3.

There won’t be state champions crowned in many sports. But at least there will be games in a school year overwhelmed by the ongoing COVID-19 pandemic.

“Our board faced an impossible task with a litany of factors,” said Craig Anderson, IHSA executive director in a statement. “They were conscientious in considering every possibility and I believe their decisions today are a positive step for the mental, emotional, and physical well-being of our students.”

The pandemic forced closures of schools, businesses, entertainment and dining establishments for weeks on end while the IHSA abandoned anything approaching a normal year.

The return of high school extracurricular sports comes even as some school districts are still conducting remote learning or a hybrid approach with limited in-person education.

But the relative decline in COVID-19 cases and hospitalizations, plus safety measures and restrictions on public gatherings have helped drive Illinois’ infection rates down. Further, COVID-19 vaccines are also now being administered to frontline health workers, people over age 65 and other critical workers. There’s no timetable yet for younger recipients.

Not every area in Illinois will be able to quickly kickstart sports. Some regions remain under stricter mitigation guidelines issued by the Illinois Department of Public Health and Gov. J.B. Pritzker.

“We still have regions of the state that need to make strides in order be able to play basketball this winter,” said Anderson. “That underscores the importance of our schools following all the mitigations and precautions. We need to maintain a positive trajectory not only to get winter sports going, but to make sure we do not have any regions regress before spring and summer sports have their opportunity. We can all do our part by wearing a mask and socially distancing.”

Masks will be required for competitors and game personnel (except for swimmers, gymnasts on apparatus and outdoor events where social distancing is possible).

The IHSA halted competition in March 2020 even as state basketball finals were already underway and went on to cancel spring seasons. By Fall 2020, some noncontact sports like golf, cross country, girls tennis and girls swimming were permitted but football, girls volleyball and boys soccer were not.

“There was never going to be a one-size fits all solution to playing 25 sports seasons in a little over four months,” according to a Board of Director’s statement. “What did occur was collaboration and camaraderie. Each board member may not have been able to have all of their specific concerns addressed, but we worked together to produce a schedule and plan that we believe will work for our student-athletes.”

The complicated master schedule covers four broad sports seasons — including a new one in the early summer.

The IHSA schedule allows nine sports (boys and girls basketball, boys swimming, dance, cheerleading, boys and girls bowling, girls gymnastics and badminton) to begin practices as soon as possible. Seasons would end on March 13 with no state championship series for most.

Six sports (football, boys soccer, girls volleyball, boys gymnastics and boys and girls water polo) would commence on staggered March dates. The first football game would be March 19 and the season would end on April 24 with no playoff series. Girls volleyball, another fall sport moved to spring, would end on the same day.

Nine other sports, including baseball, girls soccer, boys and girls track and field and boys volleyball could open practices on April 5, with seasons ending on June 19.

Wrestling would start last, with an April 19 practice debut.

Most sports will feature abbreviated seasons, the IHSA said. But traditional spring sports, abandoned in early 2020 as the COVID-19 crisis worsened, would have longer seasons and the possibility of a postseason.

“The board wants to do everything in their power to prevent spring sports from going two consecutive years with no postseason IHSA play,” said Anderson. “There are obviously no guarantees, as risk levels by sport and local region mitigation statuses will factor significantly. Postseason could mean being limited to a Regional or Sectional level of competition, but we have not ruled out the idea of playing a full state tournament in these traditional spring sports if possible. “