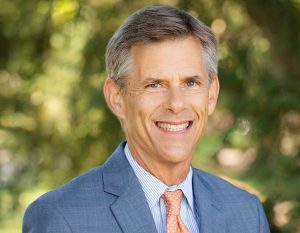 To curb the spread of COVID-19 and the delta variant, the Biden administration issued an expansive new set of vaccination requirements that could affect up to 100 million U.S. workers, including federal employees, federal contractors and health care workers. Michael LeRoy, an expert in labor law and labor relations at the University of Illinois Urbana-Champaign, spoke with News Bureau business and law editor Phil Ciciora about the legality of the mandate.

The mandate pertaining to federal employees will likely be upheld by courts, even the U.S. Supreme Court. However, the mandate emanating from the Occupational Safety and Health Administration, which requires employees at companies with 100 or more workers to be vaccinated or be tested once a week, is on shakier legal ground.

The main problem is that courts frequently overturn OSHA regulations, and conservative judges have consistently struck down these safety regulations. For example, in 2014, a highly publicized OSHA case came before the U.S. Court of Appeals for the District of Columbia Circuit involving OSHA fines levied against the SeaWorld amusement park in Florida. The agency fined the park for not taking safety precautions to protect a trainer from being killed during a live performance by an orca that had killed another trainer in Canada years before. Future Supreme Court Justice Brett Kavanaugh was a judge on the court of appeals and sided with SeaWorld, arguing that OSHA had overstepped its boundaries. Kavanaugh was outvoted by his colleagues but now, of course, resides in the majority on the Supreme Court.

How has this issue played out previously in the courts?

To go a bit further back for a historical parallel, President Reagan all but drew the blueprint for mandatory drug testing of federal workers. He did this with a controversial series of executive orders in 1986, an extension of first lady Nancy Reagan’s “Just Say No” anti-drug campaign.

One part of the order subjected border patrol agents to drug testing. Their union sued, but the Supreme Court ruled that the drug testing program was constitutional. Even Reagan’s private sector drug testing orders were upheld by the Supreme Court. One particular area of relevance involved mandatory blood tests for railroad employees who were operating a train during any accident, even a minor bumping incident in a rail yard.

If the court ruled that the government can force an employee to yield to a blood draw to keep a job, then you have the makings for upholding even the private sector part of President Biden’s vaccination mandate, which similarly entails sticking a needle into a person’s arm.

The early commentary about the vaccine mandates have missed the more technical rules that apply to federal contractors. It turns out that the mandate affects about one-third of the private sector workforce.

We commonly think that “contractor” refers to companies that have Department of Defense contracts. Those companies are certainly covered by the Biden administration’s mandate, but there also are companies with large contracts to produce and deliver food to students in federally funded public schools that are also swept up in the mandate. For example, a company that makes cheese for school lunches is just as much a federal contractor as one that makes weapons and computers. The courts have routinely upheld a president’s authority to place conditions on contractors. It’s a power-of-the-purse type of reasoning.

Hospitals and clinics certainly receive federal funding through Medicare and Medicaid, so that may be enough to trigger the mandate. Again, a president’s authority to place conditions on doing business with the U.S. government has been upheld in court, time and time again.

Some courts may balance the interests of nurses to make a personal health choice against precedents upholding these conditions for funding. But because there is such overwhelming evidence that unvaccinated people pose a much greater public health risk than vaccinated people – and because the federal government can rationally argue that it’s spending a lot of taxpayer money to treat a large unvaccinated population in federally funded hospitals and clinics – one could reasonably expect this part of the mandate to survive court review.

In other words, I expect the Biden administration to make a winning argument that it is spending the taxpayer’s money wisely.

How does organized labor figure into the vaccine mandate?

Unions mostly favor government regulations that promote workplace safety. However, on vaccines, many unions oppose mandates and favor employee choice, which reflects the sentiments of many workers. They make a good point, too: A vaccine mandate should be bargained with a union, not imposed.

But you could argue that the unions that oppose mandatory vaccinations tacitly approve the spread of serious and deadly infections in their workplaces. For unions, it’s hard to have it both ways – wanting a strong federal workplace safety agency in OSHA but cherry-picking a vital regulation to oppose.