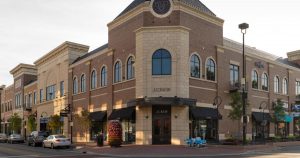 Naperville Mayor Steve Chirico signed an executive order May 4 that limits on-street parking daily on several streets in the Central Business District to 30 minutes between 6 a.m. and 9 p.m., seven days a week.

The order took effect on Tuesday, May 5.

This order aims to ease hardships on businesses that have had to modify to takeout operations due to the COVID-19 outbreak by increasing their ability to more efficiently fulfill curbside pick-up orders.

Longer-term parking will still be accommodated in downtown parking lots and garages.