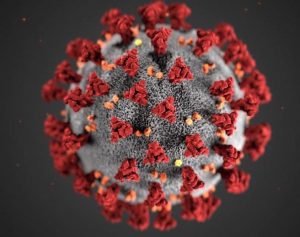 SPRINGFIELD — The Illinois Department of Public Health reported Friday, July 10 that the number of new COVID-19 cases confirmed over the previous 24 hours topped 1,000 for the second straight day while the percentage of tests coming back positive also grew.

There were 1,317 confirmed new cases reported Friday, the highest single-day total since June 2. IDPH also reported 25 additional virus-related deaths. Of those, 16 were in Cook County and three were in Winnebago. Cass, DuPage, Lake, McHenry, Peoria and Will counties each reported one new death.

Friday’s report brings the statewide totals since the pandemic began to 151,767 confirmed cases, including 7,144 virus-related deaths. In addition, IDPH reported on its website that there have been another 1,132 “probable” cases and 201 deaths that were probably linked to the virus.

Between Thursday and Friday afternoon, laboratories in Illinois processed 32,987 test specimens, which means the single-day positivity rate was just under 4 percent. The seven-day rolling average was 2.9 percent, which is still well within the parameters for allowing the state to remain in Phase 4 of the reopening plan.

As of Friday, all regions in Illinois except the central region were still meeting all of the state’s metrics for remaining in Phase 4 of the reopening plan. The central region — which includes Springfield, Quincy, Decatur and the Champaign-Urbana area — was falling short on one of the metrics, growth in hospital admissions over the previous 28 days.

As of 11:59 p.m. Thursday, 1,436 people in Illinois were reported to be in the hospital with COVID-19. Of those, 306 patients were in intensive care unit beds, and 155 of those patients were on ventilators.