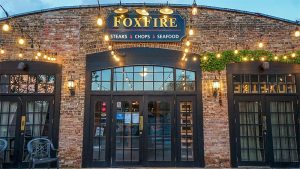 Attorneys for the FoxFire Tavern in Geneva in Kane County restaurant are asking the Illinois Supreme Court to overturn an appellate court decision that found the governor’s indoor dining ban was lawfully imposed. (Facebook photo)

SPRINGFIELD — Lawyers for a Kane County restaurant are asking the Illinois Supreme Court to overturn an appellate court decision that found the governor’s indoor dining ban was lawfully imposed.

FoxFire Tavern is one of dozens of restaurants that sued Gov. J.B. Pritzker and his administration after he issued an executive order imposing stricter restrictions on businesses, including a ban on indoor dining and bar service, in response to rising COVID-19 cases and hospitalizations throughout the state.

The state’s highest court has not yet weighed in on the legal arguments challenging Pritzker’s power to impose the indoor dining ban, or any other restrictions implemented in his numerous executive orders.

The 2nd District Appellate Court’s decision last month that upheld Pritzker’s order prohibiting restaurants from allowing indoor dining cannot stand because it “leaves the restaurant industry out in the cold and without legal redress,” Kevin Nelson, one of FoxFire’s attorneys, wrote in the legal brief to the Illinois Supreme Court submitted on Friday.

The brief asks the court to accept the case and reverse the appellate court’s ruling on the governor’s executive order. However, since the court is not obligated to hear the case, the justices could reject that request and decline to rule on it.

The restaurant won an early victory after suing Pritzker in October when a Kane County judge granted the restaurant’s request for a temporary restraining order that allowed FoxFire to ignore the new indoor dining restrictions contained in the executive order.

The 2nd District Appellate Court’s decision last month overruled the Kane County judge’s decision. The appellate court rejected the arguments from FoxFire’s legal team that Pritzker is limited, under state law, to issue one 30-day disaster proclamation, and also does not have the power to order businesses closed.

Instead, the appellate court found that state law empowers the governor to issue multiple disaster declarations. The appellate court also ruled that Pritzker’s executive order did not amount to a “closure” for businesses, and therefore, Illinois Department of Public Health Act regulations governing business closures did not apply in this case.

FoxFire’s appeal to the Illinois Supreme Court is known as an “interlocutory appeal” because it asks a higher court to review a decision while the case is pending in a lower court.

The governor, IDPH and the Kane County Health Department, which are named in FoxFire’s appeal, have 21 days from Friday, Dec. 18, to file a response but they are not required to do so. A spokesperson for the Illinois Attorney General’s Office, which represents the governor and state agencies, said its lawyers are reviewing the legal filing.

FoxFire, a steak and seafood restaurant in Geneva, continues to allow seating indoors, in defiance of the governor’s executive order, as its legal case remains pending.

KC Gulbro, co-owner of the restaurant, did not respond to requests for comment Monday. A call to the restaurant Monday confirmed it is still serving customers indoors.

Pritzker has said his administration is relying on county health departments and local law enforcement to issue citations and fines to restaurants and bars that violate the ban on indoor dining and bar service. A misdemeanor citation and fine are a last resort only after attempts to ensure voluntary compliance are unsuccessful.