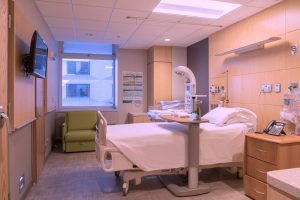 ( University of Illinois at Chicago Hospital and Health Sciences)

SPRINGFIELD – Four weeks after the Thanksgiving Day weekend, the so-called “surge upon a surge” in COVID-19 cases has not materialized and, in fact, infection rates and hospitalizations from the disease have continued to decline.

The Illinois Department of Public Health reported Monday, Dec. 21 that 4,699 new confirmed and probable cases of the disease had been recorded over the previous 24 hours out of 86,454 tests performed. That brought the seven-day rolling average case positivity rate down to 7.5 percent, the lowest it has been since Oct. 31 and the second consecutive day that number has been below 8 percent.

As of Sunday night Dec.20 , 4,460 people in Illinois were being hospitalized with the disease, including 981 patients in intensive care units, with 546 of those patients on ventilators.

IDPH also reported Monday that 98 individuals had died of the disease over the previous 24 hours, bringing the total number of fatalities in Illinois since the pandemic began to 15,299 out of 905,069 recorded cases and 12.5 million tests performed.

For the seven-day period that ended Sunday, the disease claimed an average 130 lives per day, down from the previous week’s average of 149.

Data for each of the state’s 11 mitigation regions lag behind the statewide data. As of Friday, Dec. 18, Region 3, which includes Springfield and several surrounding counties, had the lowest case positivity rate at 8 percent. Region 5, which includes 20 counties in southern Illinois, had the highest rate, at 12.2 percent.