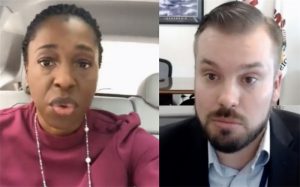 SPRINGFIELD – State senators questioned public health officials regarding the state’s COVID-19 vaccination efforts in a Thursday, Feb. 11 hearing, one day after Gov. J.B. Pritzker announced that the state would expand vaccine eligibility under Phase 1B by Feb. 25.

“Our greatest challenge is that we don’t have enough doses to satisfy all of the people that need it, want it, and that are eligible,” Ezike told the committee.

As of Thursday, Feb. 11, Illinois has administered over 1.5 million COVID-19 vaccine doses, with 2.72 percent of the population having received both required doses.

Ezike said the state is currently receiving approximately 280,000 vaccine doses per week, a number that she expects will steadily increase as the federal government works to ramp up production.

Until then, Ezike stressed continued patience and noted the state will aim to distribute the vaccine as quickly as it arrives.

“What we need from you and our partners is to be able to share this message of patience,” Ezike said. “We knew six months ago that the doses would be limited in the beginning.”

Some senators questioned why the state saw a lag when compared to other states in its initial per capita vaccination efforts.

Illinois had previously ranked as low as 47th in vaccines issued per capita three weeks ago according to data from the New York Times. The state has since improved to 29th nationwide, according to that database, and is now issuing vaccines at a quicker pace than it is receiving them.

Friend attributed the initial lag in numbers to requests from local public health departments to stay in Phase 1A of the vaccine distribution plan longer than other states.

“We just wanted to be there to support them in that regard, and also ensure that everyone in 1A that could get addressed before we shifted to Phase 1B,” Friend said.

Phase 1A included frontline health care workers and long-term care residents, while Phase 1B initially included non-health care frontline workers, people aged 65 and older and inmates. The Phase 1B expansion projected to occur on or before Feb. 25 will include residents aged 16 and older with underlying conditions, comorbidities and disabilities.

Friend said the state is fully prepared to administer vaccines at a mass scale as soon as supply thresholds from the federal government are increased. Mass vaccination efforts can begin once the state reaches approximately 900,000 dose deliveries per week, he said.

“Until we get to that point, we’re busy building that capacity and capability across the state so as that vaccine increases, we can get it to as many people as possible,” Friend said.

Friend expressed optimism that production will increase soon, thanks to the federal government’s invocation of the Defense Production Act to expedite the supply chain as well as a new one-dose vaccine from Johnson & Johnson that could be approved as early as Feb. 26.

Friend said that state officials have been routinely briefed on the status of vaccine production at the federal level. The state has also secured support from the Federal Emergency Management Agency to assist in the administration of vaccines, including $25 million in federal dollars to be directed to local health departments to assist their vaccination efforts.

The Feb. 11 announcement brings the total of public vaccination sites to 850 statewide. Eligible residents can locate a vaccination site closest to them and search for appointments at coronavirus.illinois.gov.

Ezike and Friend said that the number of doses available to states has increased by nearly 30 percent in recent weeks.

As a result, Friend said, the state is now able to provide projections of delivery quantities as early as three weeks out to local health departments, which will also help local officials adequately gauge how many vaccination appointments they can offer.

Friend said the state will continue to aim for equity in access to vaccines, including providing support from the Illinois National Guard for sites that may not have enough staff to carry out vaccination efforts.

“When we say equity, that’s across the entire state,” Friend said. “From the cities to the rural areas that don’t have the infrastructure and support, we intend to get access to every Illinoisan no matter where you’re at in the state.”