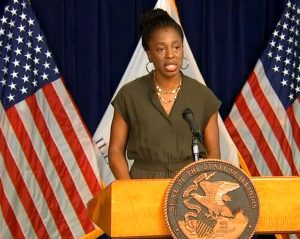 “Our top priority as a regulator of long-term care facilities in Illinois is ensuring vulnerable Illinoisans are kept safe by those responsible for their care,” IDPH Director Dr. Ngozi Ezike said in a news release on Friday, Aug. 21. (Capitol News file photo)

SPRINGFIELD — The Illinois Department of Public Health announced Friday, Aug. 21 it has initiated an external review of its Bureau of Long-term Care due to delays in investigations of abuse and neglect complaints amid the COVID-19 pandemic.

There have been 7,857 deaths linked to COVID-19 since the pandemic began in Illinois after 24 more were reported Aug. 21. Of those fatalities, 4,319 have occurred in long-term care facilities, according to IDPH.

IDPH said in a news release that while the abuse and neglect investigations were temporarily halted, the department continued conduct virus control efforts, including more than 1,000 infection control inspections at 727 facilities.

According to the IDPH website, the Bureau of Long-term Care is responsible for ensuring nursing homes comply with the state Nursing Home Care Act. In cooperation with the Department of Central Management Services, the Bureau conducts certification surveys to ensure facilities receiving state or federal funds abide by applicable federal regulations.

Surveyors conduct about 10,000 surveys each year, including annual licensure inspections and complaint investigations.

But independent review is needed “in response to IDPH’s recent discovery that the Bureau of Long-Term Care was not properly processing and investigating complaints of abuse and neglect at long-term care facilities from approximately March 15 to June 30, 2020,” according to a news release.

That time period included 272 allegations of abuse and neglect, which, according to IDPH, have since been investigated. The factual circumstances of 17 of those complaints were validated in the ensuing investigations, and IDPH is reviewing those findings to determine the appropriate next steps.

“For example, a surveyor could have confirmed that an incident described in a complaint did occur (e.g. a resident fell or was injured), but that the nursing home was not responsible, acted appropriately, or that the nursing home’s conduct did not violate state or federal regulation,” according to a news release.

The inspections were initially delayed despite the fact that guidelines issued by IDPH to limit the number of people entering long-term care facilities did not suspend the Illinois law that requires abuse and neglect complaints to be reviewed within certain timeframes.

In the most serious cases where complaints of abuse or neglect are made, IDPH must conduct surveys of the facility within 24 hours, while complaints of lesser severity must be surveyed within seven days. IDPH did not meet state deadlines for conducting those surveys, in part because of the “improper classifications of some complaints,” according to a news release.

The investigations from the affected period were completed with an on-site visit, interviews, review of facility documents, and, where necessary, confirmation that law enforcement had also been notified at the time of the incident.

IDPH said it took immediate action — including “appropriate personnel action” —to ensure completion of the investigations.

IDPH also hired Manatt Health Strategies LLC “to conduct a top to bottom review of the division, with a focus on recommending best practices to ensure proper licensure and oversight activities by the Bureau of Long-Term Care.”

Former U.S. Attorney for the Southern District of Illinois, A. Courtney Cox, was also hired to “take a closer look at specific investigations IDPH conducted into complaints made concerning long-term care facilities during the COVID-19 pandemic.”

“Our top priority as a regulator of long-term care facilities in Illinois is ensuring vulnerable Illinoisans are kept safe by those responsible for their care,” IDPH Director Dr. Ngozi Ezike said in a news release. “Anything short of that is unacceptable, and our entire department is committed to getting this right as we move forward. Working with independent experts, we are simultaneously conducting a full and thorough review of our previous work and revamping our Bureau of Long-Term Care to better serve the people of Illinois.”