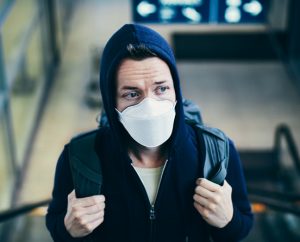 The governor’s office also announced this week a statewide mask mandate has been extended through a subsequent emergency rule that was filed Monday, Jan. 4 and will be in effect for an additional 150 days.

The state hasn’t reported a single-day case count this high since Dec. 11, when it reached 9,520, but the 118,665 test results reported Friday, Jan. 8 constituted the highest one-day total since Dec. 12. It made for a one-day positivity rate of 7.8 percent, and the seven-day rolling average case positivity rate was unchanged from Thursday’s (Jan. 7) report at 8.5 percent.

As of Thursday night 3,777 COVID-19 patients were reported hospitalized, a decrease of 144 from the day prior. There were 780 patients in intensive care unit beds, consistent with the day prior, and 422 on ventilators, 28 less than the day prior.

The governor’s office also announced this week a statewide mask mandate has been extended through a subsequent emergency rule that was filed Monday, Jan. 4 and will be in effect for an additional 150 days.

In order to transition from Tier 3 to Tier 2, a region must experience a positivity rate below 12 percent for three consecutive days. It must also have greater than 20 percent available intensive care unit and hospital bed availability and declining COVID hospitalizations for seven of the 10 days.

Regions began hitting Tier 2 restrictions in November, with statewide Tier 3 mitigations announced on Nov. 20. No region has been able to move back to Tier 1 restrictions after reaching Tier 2.

Phase 4 mitigations are less strict than any of the tiers of the resurgence plan.

As of Friday, only two of the state’s 11 mitigation regions meet the criteria set by the governor’s office to return to Tier 2 mitigations with one week left before they would be able to do so.

Those regions include Region 2, which covers 20 different counties in north-central Illinois, and Region 7, which covers the south suburban Kankakee and Will counties.

Under Tier 2 and 3, indoor dining is suspended. A region would have to move to Tier 1 in order to open indoor dining with limited capacity. Tier 1 restrictions also include suspension of indoor bar service.

Regions could have some mitigations loosened starting Jan. 15