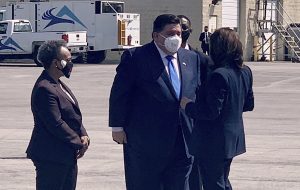 SPRINGFIELD – COVID-19 cases and hospitalizations continued to rise Tuesday, April 6 as state officials announced that additional resources were being deployed in the state’s vaccination efforts.

Public health officials announced 2,931 new confirmed and probable cases of COVID-19 out of 51,625 test results Tuesday, bringing the statewide seven-day rolling positivity rate to 3.9 percent, the highest that figure has been since Feb. 1.

Statewide, COVID-19 hospitalizations also saw a jump, as the Illinois Department of Public Health reported a total of 1,648 individuals were hospitalized with COVID-19 as of Monday night April 5. Of those, 357 patients were in the ICU and 143 were on ventilators.

Tuesday’s hospitalization numbers were the highest recorded in the state since Feb. 17.

Amid the increased cases and hospitalizations, state officials announced Tuesday that Illinois would receive $124 million in federal funding from the Centers for Disease Control and Prevention to expand its statewide vaccination program.

According to a Tuesday news release, $33 million in funding is expected to be directed to the city of Chicago with the rest being used to expand efforts in other parts of the state.

The release noted that approximately 75 percent of the funding would be used to focus on supplying vaccines to underserved communities, including communities of color, rural areas, and regions disproportionately affected by the pandemic.

“With this new funding from the Biden-Harris administration, Illinois will move quickly to further expand our aggressive efforts to reach those most vulnerable to COVID-19,” Gov. J.B. Pritzker said in a statement on Tuesday.

“With mass vaccination sites across the state, rural vaccination teams reaching those with less access to health care, and partnerships with trusted providers in underserved communities, we have built the infrastructure to end this pandemic as quickly as possible, and these new resources will only help us reach that day even sooner,” Pritzker added. 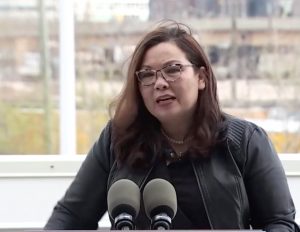 The state also announced that rapid response vaccination teams and additional resources would be deployed to six more Illinois counties in response to “early warning signs of COVID-19 resurgence.”

According to a news release, rapid response vaccination teams will be deployed to Fulton, Tazewell and Woodford counties in central Illinois, with additional vaccine doses being directed to Peoria and McLean counties.

State officials urged added caution in following public health guidelines as the state continues to work to vaccinate residents as quickly as possible.

“While we’ve made great progress to date in saving lives and ending this pandemic, our work isn’t over yet. I’ll continue to deploy every available resource to get the entire state over the finish line as quickly as possible,” Pritzker said Tuesday.

“Until enough people are vaccinated, we need to continue to protect ourselves and our families by wearing a mask, avoiding large crowds, and keeping six feet of distance,” IDPH Director Ngozi Ezike said Tuesday. “Without the layered approach of vaccination and public health measures, we will continue to see hospitalizations and cases increase,”

The announcements come as the state prepares to expand vaccine eligibility to all residents over the age of 16 at the more than 900 state vaccination sites beginning April 12, while the Biden administration announced all American adults would be eligible to receive the vaccine by April 19.

Vice President Kamala Harris, along with U.S. Sens. Dick Durbin and Tammy Duckworth, also visited Chicago on Tuesday to learn more about the state’s efforts to prioritize equity in vaccine access for all state residents.

“This is a critical moment in this pandemic,” Durbin said Tuesday at a media availability event in Chicago. “But we can’t break the back of this pandemic unless we push for more vaccinations.”

As of Tuesday, more than 8 million COVID-19 vaccine doses had been administered across the state with a seven-day rolling average of 106,976 doses administered per day. Just over 19 percent of the state’s 12.7 million residents are fully vaccinated.

More information about the COVID-19 vaccine and appointment availability can be found at coronavirus.illinois.gov or by calling 833-621-1284.