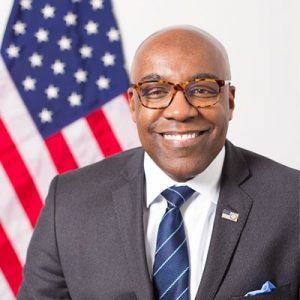 A group of Chicago area business owners argued the governor’s COVID-19 restrictions amount to the confiscation of private property without monetary compensation. Such an action would violate the U.S. and Illinois constitutions, they say.

Those orders “caused the seizure of private property, business interests and livelihoods of individuals across the state, forcing indefinite closures and the layoff of hundreds of thousands of people,” according to the group’s complaint, an amended version of which was filed in June.

Their lawsuit asks a U.S. district court judge to compel the state to pay all “similarly situated persons, companies and entities … just compensation.”

But the state in a response filed Monday contends that would be “entirely unreasonable” because the relevant executive orders have expired, allowing all businesses in Illinois to reopen. In its response to the lawsuit, it points out all the businesses listed in the lawsuit have resumed operations.

And any request that might affect future restrictions is “speculative,” the state says in the document.

Also, the attorney general’s office said, because a federal court is constitutionally barred from forcing a state to pay damages as the businesses are asking, the suit should be dismissed.

Alan Bruggeman, a Mokena-based attorney representing the group, wrote in a court filing that by classifying some businesses as essential and others as non-essential, Pritzker’s executive orders were “applied in a completely arbitrary and capricious manner.”

The governor’s actions, he added, “simply picked winners and losers without regard to” Illinoisans’ right to petition the government to reconsider its COVID-19-related rules.

“Never in the history of this nation and certainly in the history of the State of Illinois has a state government issued such sweeping executive orders that so extensively and so completely usurped the private property rights of individual business owners for a public person,” the business owners argued in a court document. “The business class members have been called upon to sacrifice all economically beneficial use of their property in the name of the ‘common good.’ Without just compensation, … (they) will be saddled with the cost of paying for government action to ‘flatten the curve’ of the COVID-19 epidemic for the benefit of all Illinoisans.”

In its response, the attorney general’s office argued mitigating the novel coronavirus’ spread for the benefit of state residents does not violate either the U.S. or Illinois constitution. Pritzker, they wrote, used his “police powers,” not eminent domain, which would have required monetary compensation.

They added that all owners of private property in the U.S. are under an “implied obligation” to not use it in a way that would harm their community. “Necessary restrictions” on Illinois businesses during the pandemic were designed to “protect the health and lives” of all residents.

“The state is sensitive to the economic impact that COVID-19 has had on its residents and has continually adapted its response to COVID-19 to allow for more businesses to open with proper regulations in place,” the attorney general’s office wrote. “However, the temporary closure of certain businesses is not unduly oppressive, as required to negate the police power.”

If a judge were to agree with the business owners, the state argued, “even orders temporarily closing businesses violating health codes, fire-damaged buildings, or crime scenes would require compensation.” Companies do not have a fundamental right to conduct business without regulation.

They should, Bruggeman wrote, have a right to advocate for themselves in court.

The group has until Aug. 31 to respond to the state’s request that the lawsuit be dismissed.