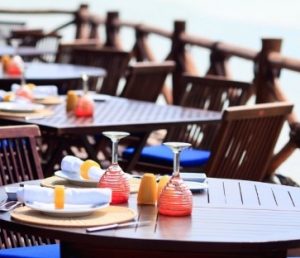 SPRINGFIELD – Will and Kankakee counties can again allow for indoor dining and drinking at bars and restaurants as the region saw its COVID-19 test positivity rate decrease Friday.

The counties, which make up Region 7 of the state’s reopening plan, had been under increased mitigations — including limited capacity indoors and the restrictions for restaurants and bars — for about three weeks. Those mitigations were triggered when the region’s positivity rate topped 8 percent.

Per the latest figures released Friday, Sept. 18 by the Illinois Department of Public Health, the positivity rate in the region decreased to 5.6 percent, which marked the third day below 6.5 percent.

In Region 4, which includes the Metro East area on the Missouri border near St. Louis, the rate dipped another half point to 8 percent. It first topped 8 percent on Aug. 11, and after the region’s positivity rate failed to decrease, added mitigations including closure of indoor dining and drinking took effect at the beginning of the month.

The region will still need to decrease to 6.5 percent for three days before added mitigations can be lifted and it can reenter Phase 4 of the reopening plan like the rest of the regions.

Region 7 was set to reenter Phase 4 at 5 p.m. Friday, which once again allows for gatherings up to 50 people.

“Let that be a testament to the power of a community that embraces doctor-recommended mitigations proven to reduce risk and slow the spread,” Gov. J.B. Pritzker said of the region’s decrease in a written statement. “We can’t outrun this virus, but with the tools we know to work — masks, distancing, handwashing, and respect for public health and each other — we can beat it back enough to keep our businesses open and our neighborhoods safer all at once. Don’t let up now, Region 7 — let’s keep this success going.”

The positivity rates in the other regions ranged from 2.7 percent in east central Illinois to 6.9 percent in southern Illinois. Region 1 in northwest Illinois was the only other above 6 percent, sitting at 6.4 percent.

Statewide, the positivity rate was 3.6 again Sept. 18 for the second straight day.

IDPH also announced another 20 deaths among COVID-positive persons, bringing total casualties to 8,411 since the pandemic began. It also reported 2,120 new cases among 61,918 test results reported over the previous 24 hours. There are now 270,327 confirmed cases and more than 4.9 million tested, with a recovery rate of 96 percent for those 42 days removed from a positive diagnosis, according to IDPH.

At the end of Sept. 17, there were 1,481 people in Illinois hospitalized with COVID-19, including 329 in intensive care units and 149 on ventilators.

There were also 24 counties at a warning level for COVID-19, meaning they meet two or more risk indicators measuring the amount of COVID-19 increase, including cases per 100,000 residents, hospital bed usage, test positivity rate and number of deaths among others.