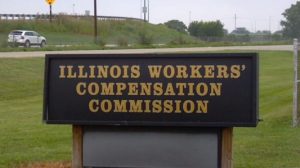 SPRINGFIELD — A state commission voted to repeal a new rule that would have made workers’ compensation benefits available to essential employees who contracted COVID-19 without having to prove the illness was contracted at the workplace.

The Workers Compensation Commission repealed the rule, which it approved on April 16, unanimously Monday after a Sangamon County judge granted a temporary restraining order against the new rule last week. That action was in response to a lawsuit filed by the Illinois Retail Merchants Association and the Illinois Manufacturers’ Association.

The lawsuit challenged the commission’s rule that any COVID-19 first responder or front-line worker who contracts COVID-19 during the governor’s disaster declaration will be “rebuttably” presumed to have done so in work-related activity for the purposes of workers’ compensation claims. The rule was an overreach by the commission, the lawsuit alleged.

Illinoisans injured on the job normally must prove their illness or injury was directly caused by their duties.

Mark Denzler, president and CEO of IMA, and Rob Karr, president and CEO of IRMA, issued a joint statement Monday saying while the organizations are concerned about worker safety, the lawsuit centered on the authority of the commission. They also said the decision would have subjected Illinois businesses to “billions of dollars in added costs at a time when many are struggling to make payroll and retain employees.”

“This case was first and foremost about the rule of law and we appreciate the court ruling in Sangamon County and subsequent repeal of the emergency rule by the Illinois Workers’ Compensation Commission,” they said in the statement. “It was clearly an overreach and inconsistent with the traditional rule making process.”

Scott Cruz, the attorney representing the business groups, said such a rule should come from the Illinois General Assembly “after proper discourse, and not the whim of the commission.”

The commission repealed the new rule during a telephone meeting Monday, and issued a statement saying only, “The commission voted unanimously this morning to repeal the emergency rules that took effect April 16.”

In response to the ruling, Tim Drea, president of the Illinois chapter of the AFL-CIO labor union federation, said employees are going to work “at great personal risk” during the pandemic, leading to several infections and even deaths.

“Unfortunately, employers and insurance companies have used the courts to block the rule for workers’ compensation coverage, leaving workers with few options to protect themselves,” Drea said in a statement.

“While we are disappointed with this setback and find the actions of the big business groups shameful, rest assured that the Illinois AFL-CIO will continue to fight for fair workers’ compensation protection for first responders and front-line workers who contract COVID-19 while performing their essential duties to mitigate this crisis,” he added.