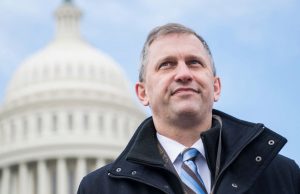 The camp of U.S. Rep. Sean Casten (D-6th) says his potential 2020 opponent is way off base with her charges that the congressman is having “invite only” town hall meetings.

“It’s the Chicago Machine Democrat Way,” a press release from Republican candidate for the 6th Congressional District Jeanne Ives stated. “Have (Illinois House Speaker) Mike Madigan pick your voters through gerrymandering. And then pick the voters who you will allow to address you.”

Ives was referring to Casten’s recent Six for the Sixth, where he conducted six town hall meetings Oct. 5 in six different communities. Tickets were free, but had to be obtained through eventbrite.com.

Chloe Hunt, campaign manager for Casten, said tickets had to be obtained only because rooms where the town halls were have seating capacities.

“We needed to track how many people were coming,” Hunt said.

She said the campaign has found eventbrite more reliable for event attendance. On Facebook, people will RSVP for events, but will sometimes not show up, she said.

“The concept that these events were invite only is completely false,” Hunt said. 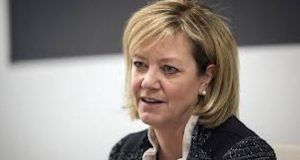 Casten’s campaign manager said all Six for the Sixth events were posted ahead of time and the eventbrite tickets were doled on a first-come, first-served basis.

She said people of all political affiliations are welcome at the congressman’s town halls.

“We have had Republicans, independents and Democrats at town-hall meetings,” Hunt said. “We don’t screen at all for attendance.”

In her release bashing Casten for “invite-only” town halls, Ives said, “Sean Casten is a master illusionist. He doesn’t practice representative government; he and the selected voters he casts for only simulate it.”

“In 2020, families in our community will have a choice between Casten’s democracy theater and actual representation, including the genuine, give-and-take of policy-making,” Ives added. “If you cannot tolerate dissent, like Sean Casten, you cannot formulate the coalitions necessary to make good public policy.”

Hunt said the eventbrite system allows for people to be put on a waiting list when the room reaches capacity.

“It is very alarming they want to brand the congressman’s town halls as invite only. Sean has done 19 open and free town halls,” Hunt said.

She added that information on each of the congressman’s town-hall meetings is published on multiple platforms prior to the event.