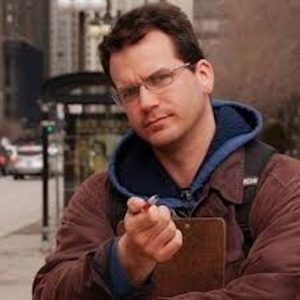 A chef, a bartender and a male model go into a party — and get the chance to run for office.

Seeing an opportunity created by the coronavirus, the Libertarian Party of Illinois is looking to put candidates on the ballot in all of Illinois’ 18 congressional districts this fall. Those potential candidates run the gamut from a world-renowned economist to a part-time radio show host.

Because of the limited opportunity to get petition signatures during shelter-in-place restrictions, the Libertarian Party of Illinois and the Illinois Green Party filed a federal suit against Gov. J.B. Pritzker and the Illinois State Board of Election, seeking emergency injunctive relief from petition requirements for the General Election in November.

A federal judge agreed and reduced the usual daunting signature requirement per race to just 10 percent of the normal total.

“We have been fighting for ballot access,” said Brian Lambrecht, a longtime field operations division director for the Illinois Libertarian Party. “We won it this year and we are trying to take advantage of it … We are seizing the opportunity while it’s here.”

He said the hope is for either Libertarian U.S. presidential candidate Dr. Jo Jorgensen or U.S. Senate candidate Danny Malouf to get at least 5 percent of the vote in November. If Jorgensen, who was born and raised in Libertyville, or Malouf of Woodstock, a 32-year-old human resources manager who is a former All-American wrestler, reach that threshold, the Libertarian Party of Illinois would have a much lower threshold to meet for ballot access the next four years.

“People want to talk to candidates,” Lambrecht said. “Our chances of winning are slim. Our goal is to get 5 percent to unlock the state and give us access to run candidates in the rest of the state. Close to 70 or 80 percent of the ballot is (normally) uncontested.”

So, just what do Libertarians stand for? 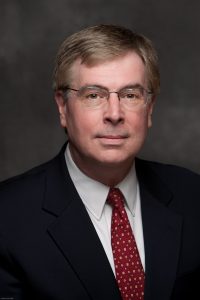 “We as a party are fiscally conservative and socially liberal. Libertarians started in 1971 as an anti-war party and a promoter of gay rights,” said Lambrecht, who is serving as media coordinator for the Jorgensen-Spike Cohen president/vice president campaign. “Our first presidential candidate was gay. We are for decriminalizing drugs in general. It is not a criminal justice issue. We are all about a balanced budget and not having troops all around the world.”

Lambrecht said many of the people looking to run as Libertarian congressional candidates are individuals who have wanted to run for office but did not want to be tied to a major party and must raise money.

“The majority have never run for office before,” said Lambrecht, whose wife, Claire Ball, was the Libertarian candidate for state comptroller in 2016 and 2018. “They’ve never been fundraisers. That is not the reason they are running.”

The people looking to get on the ballot as Libertarian congressional candidates include: 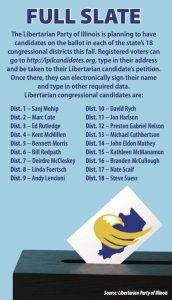 The Libertarian Party of Illinois is looking to get candidates on the ballot in all 18 of the state’s congressional districts. If either the Libertarian candidate for U.S. president or U.S. senator for Illinois get at least 5 percent of the vote in November, the party would get full political party status for four years. (Arts Alliance Illinois photo)

Registered voters can go to http://lpilcandidates.org, type in their address and be taken to their Libertarian candidate’s petition. Once there, they can electronically sign their name and type in other required data. Residents have until June 20 to sign the petitions.

The party’s Lambrecht said this is the time that Libertarian candidates would normally be out getting signatures to get on the November ballot.

“We would be at every train station, every parade route, every festival,” Lambrecht said. “The governor could bend any rule he wants and allow ballot access.”

With social distancing rules in place, those efforts are now being made via social media channels.

Bill Redpath is the Libertarian congressional candidate with the highest vote threshold to get on the November ballot. He needs 1,599 valid signatures to get into the 6th District contest with Democratic incumbent Sean Casten and Republican challenger Jeanne Ives.

“You can do it the old-fashioned way or do it online. We are driving people to sign online,” Redpath said. “It is a unique process. We will see how it goes.”

Redpath’s peer, Kent McMillen, running in the 4th Congressional District, needs just 856 signatures to get on the ballot. McMillen grew up in a South Side Democratic family in Chicago and ran as the Libertarian candidate for U.S. Senate against Tammy Duckworth and Mark Kirk in 2016.

Even though Redpath needs a tick under 1,600 registered voters in the 6th District to support his getting on the ballot, the requirement is a drop in the bucket to the just-under 16,000 signatures he would have normally needed.

“It is very difficult,” he said of running as anything but a Democrat or Republican in Illinois. “Illinois has some of the worst ballot access in the country.”

He said the Libertarian Party is buying online and social media ads, as well as trying to spread the word online about the congressional candidates’ petition drive.

Redpath said he is going to do his best to get into the 6th District race.

“What impact I’ll have in the race, I don’t know,” Redpath said, “but the Libertarian voice should be in every race.”

He said the party may not have a candidate in every state House and Senate race but will lobby to get candidates into several races.

“We are going to field as many candidates as we can,” Redpath said.

Redpath said it would be a huge step for the Libertarian Party to get at least 5 percent of the vote in either the presidential or U.S. Senate races in Illinois, creating full political party status for Libertarians.

“It would be great. We have never had that,” he said.

Redpath said it can be difficult getting people to run under the Libertarian banner, knowing that, in most cases, the candidate is not running to win, but to get 5 percent of the vote.

“It’s very tough knowing that,” he said. “It tempers things. There’s a reduction in the number of people who want to run for office.”

Redpath said there has been national Libertarian Party money put into Illinois in the past, but that does not seem likely to happen this time around. That national money will go toward campaigns in other states, Redpath said.

The Illinois party’s Lambrecht, who was also former chair of the DuPage Libertarians, said party members do not get caught up in partisan politics so they don’t have that emotional tug to throw in money to beat the other side.

“Libertarians are not angrily fighting. There is not anger money,” Lambrecht said. “There is blood and sweat equity. You get 30 people to go to a parade and pass out cards for you.”

He said Libertarians candidates are spending their time working to get on the ballot while Democrats and Republicans are compiling campaign cash.

“We are at a huge disadvantage in fundraising,” Lambrecht said.