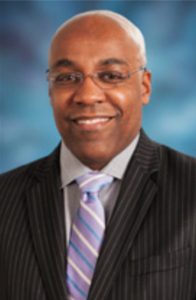 For months, Kwame Raoul held healthy single-digit leads over Erika Harold in several polls. However, there were large numbers of undecideds over 20 percent.

But Raoul, a state senator, quickly broke out to a commanding lead in the state’s largest, vote-rich counties and will cruise to a comfortable victory over Harold.

Harold, an Urbana resident and former Miss America, graciously conceded defeat around 8:30 p.m. She told supporters that she realized she would not prevail after early returns came in. Still, she said, her campaign succeeded in “sending a strong message about what we think Illinois should look like.”

Raoul enjoyed heavy financial support from the state’s two Democratic heavyweights, now Governor-elect JB Pritzker, and longtime House Speaker Michael Madigan. Between them, they poured more than $5 million into Raoul’s campaign, including $2.5 million of the $3.9 million Raoul received the final month of the campaign.

In the third quarter, Raoul spent more than $2.8 million, more than Harold had raised over her entire campaign to that point. In the final three weeks of the campaign, Harold received a healthy $2.4 million infusion of cash, $1.5 million of it from billionaire and Republican mega-donor Ken Griffin.