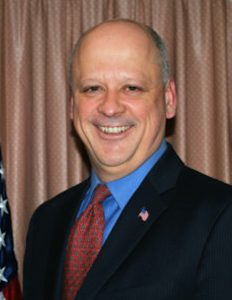 Jim Dodge says there is a distinct difference between him and his two opponents in the race for state treasurer.

Dodge’s opponents in the race are Democratic incumbent Michael Frerichs and Libertarian nominee Mike Leheney. Both were unavailable for interviews about their candidacy. Information on the Democratic and Libertarian candidates is taken from their website.

Dodge points to a 35-year business career, making a living being a “numbers nerd,” as one of his qualifications for the post. He has a degree from DePaul University and a master’s degree in finance from the University of Chicago.

Raised on the Southwest Side of Chicago, he has been village clerk and a trustee in Orland Park since 1989, often serving as president pro tem at board meetings. He served as a sergeant in the Illinois Army National Guard.

As a village official, he helped Orland Park be the first community in the state with a 100 percent rating in government transparency.

Growing up in the small farming community of Gifford, Frerichs is a certified public finance officer. 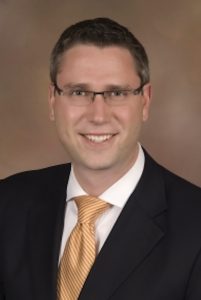 Frerichs was sworn in as treasurer in 2015 and has implemented programs like Secure Choice to help seniors with retirement finances and College Savings to help families pay for college.

Leheney grew up in Bourbonnais and graduated from the University of Illinois at Urbana-Champaign with a degree in finance. He has held positions with PricewaterhouseCoopers, Baxter, Cardinal and Ulta Beauty. He has spent the last two years in financial analysis and treasury for Cooper’s Hawk Winery & Restaurants.

“Looking back on the experience I have, and the knowledge I have gained throughout my 19 years since graduating college, I feel that I couldn’t be better prepared to take on the challenges of the Treasurer’s Office,” Leheney said.

Frerichs said he has been an aggressive watchdog of residents’ tax dollars, using his office to put the public’s money to work through smart and sound investments. A certified public finance officer, he said he has used those skills to cut in half fees charged by Wall Street banks and improve investment returns for Illinois’ college savings program, run his office more efficiently to save tax dollars and provide opportunities for more Illinois workers to save for retirement.

Leheney said that as an outsider to the political machine in Springfield, he would be uniquely positioned in the Treasurer’s Office to make progress where others have not.

He said he also wants to craft relationships with the Illinois Legislature to help them create financially responsible policy.

“Legislation is always a compromise between people,” Leheney said.

Dodge said he is determined to focus on the core duties of the treasurer and not use the position as a political stepping stone. 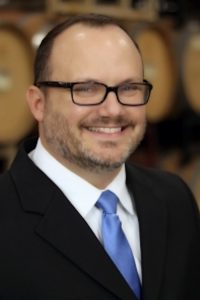 “I will look at the programs that should be looked at,” Dodge said.

One of his ideas is to put a statewide referendum on the ballot to combine the Comptroller’s and Treasurer’s offices “which would save money and make the state run more efficiently.”

“From an independent perspective, I can offer raw, unbiased analysis so the people of Illinois can get an honest look at what is happening with their tax dollars,” the Libertarian said.

He said that in his first year in office he would overhaul the reporting system to provide easily digestible views into the finances of Illinois, replacing the “maze of confusion” currently offered via state reporting mechanisms.

“By adding this reporting, it will leave bad policy with nowhere to hide,” Leheney said.

Dodge said the office is not the example of open government that it should be for the residents of Illinois.

“We don’t have the level of transparency we should,” the Republican said. “With prettier graphics, you can show a line floating in space. I make a living with numbers.”

Dodge said he has dealt with numbers in the public and private sectors and knows what need to be done to give residents an accurate picture of the state’s finances.

“It’s not just this treasurer,” Dodge said of the lack of transparency with the office.

Frerichs pointed out that within weeks of taking office, he signed Executive Order 15-01 — an employee bill of rights — to safeguard treasury employees from being pressured to do political work, and to underscore the importance of maintaining a safe, professional and harassment-free workplace.

When Frerichs was Champaign County auditor, he was recognized by the Government Finance Officers Association for his efforts to bring accountability and transparency to county finances. He received the Certificate of Achievement for Excellence in Financial Reporting every year he served as county auditor.