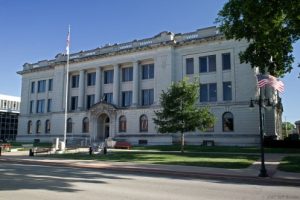 The previous high participation total for early voting in the county was 4,718 votes cast in the 2016 election. This year has seen 17,820 ballots cast at the end of the early voting period on Monday.

On Nov.2, voters broke a record for single day early voting in Tazewell County as 774 citizens voted at the McKenzie Building in Pekin.

At of the end the day on Nov. 2, at total of 10,655 registered voters cast ballots at the Tazewell County Clerk’s Office in the McKenzie Building.

Vote-By-Mail has also easily broken the previous high participation record of 2,800 in 2016. As of Nov. 2, Tazewell County had 14,400 votes cast by mail with several thousand more waiting for the Election Judges to process.

The Tazewell County Clerk had projected a voter participation total of 75,000 votes cast for the 2020 presidential election. Adding the 17,045 early votes cast with the 14,400 Vote-By-Mail ballots cast to comes to 43 percent of the projected 75,000 votes has already been received.