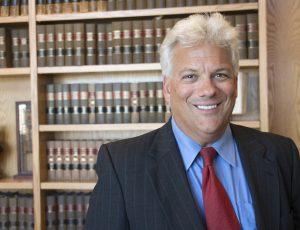 McHenry County Board Chairman Jack Franks was denied an airing of his proposed referendum question, by 17-7 vote, during the Jan. 17 board session. (FGMlaw.com photo)

Members of the McHenry County Board members issued a pushback to board chairman Jack Franks proposal to place an advisory referendum on the April 4 ballot, during its Jan. 17 meeting.

The 17-7 vote against the measure, and remove it from the meeting’s agenda, cited board rules that it must first go through committee hearings and not a direct vote.

Franks (D-Marengo) had stated at the Jan. 17 session of the board’s Committee of the Whole that he wanted a referendum question on the upcoming ballot that would ask if local taxing entities would require voter approval to raise taxes. Local governments currently have the capacity to amass tax increases from prior year extensions, if the percentage does not exceed the rate of inflation.

The proposed referendum question would merely be largely an advisory vote, and not a binding decision. The motion to remove the item from the agenda was made by District 4 representative Craig Wilcox (R-McHenry) and the subsequent rebuttals became acrimonious. “You can vote no … but to deny on a procedural matter to kill it, I understand the only reason you’re doing it is for political reasons.”

Former board chairman Joe Gottemoller (R-Crystal Lake) was adamant in maintaining that the board had not raised taxes in several years, and to the advisory nature of the referendum question. “You’re implying that they somehow are going to accomplish something when they vote to have ice cream for lunch in the second grade … that’s exactly what this is,” he said.

A similar referendum question proposed by state Rep. Allen Skillicorn (R-66th), was not allowed on the April 4 ballot by the McHenry County Electoral Board of Review, which met Jan. 13 to hear an objection filed on the basis of not having the required amount of signatures on the submitted petitions. The review board unanimously upheld the objection. Its membership consisted of representatives from the State’s Attorney’s Office, the county clerk’s office, and the county circuit clerk’s office.

Those voting in favor of the question being aired in open forum were: Michelle Avang (R-Woodstock); Paula Yensen (D-Lake In The Hills); Kay Bates (R-McHenry); Mike Skala (R-Huntley); Robert Nowak (R-Lake In The Hills); Larry Smith (R-Harvard); and Chuck Wheeler (R-McHenry). The county board is comprised of 23 Republicans out of 24 members. The Lone Democrats in the assembly are Yensen, and Franks.

An audio webcast of the Jan. 17 board session is available for listening at: http://mchenrycountyil.iqm2.com/Citizens/SplitView.aspx?Mode=Video&MeetingID=4230.