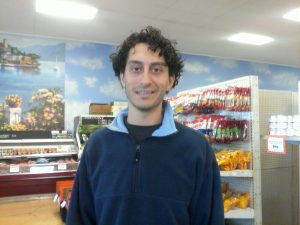 A wrongful conviction lawsuit has been filed on behalf of Mario Casciaro, by defense attorney Kathleen Zellner.

A wrongful prosecution lawsuit has been filed by defense attorney Kathleen Zellner on behalf of Mario Casciaro over his conviction in the disappearance and presumed death of 17-year-old Brian Carrick, from the Johnsburg Val’s Foods in 2003.

The suit names the Village of Johnsburg, the village’s Police Department, and the McHenry County State’s Attorney’s Office as defendants.

Zellner is seeking unspecified damage, believed to be in the millions, over “fabricated and withheld evidence” that helped convict Casciaro in 2013, during a second jury trial, with a sentence of 26 years in prison.

Testimony from witness Shane Lamb was also used in the prosecution efforts, and later recanted by Lamb himself, and asserting state’s attorney Michael Combs helped coach and prepare the story that was related in court.

Casciaro, 33, was released after an appellate court hearing in 2015, which cited Lamb’s testimony in particular as containing a “lack of credibility,” and the prosecution’s case characterized as overreaching. Carrick’s body has never been found, despite missing persons reports and a national media attention focus since he failed to return home from a shift at the grocery store.

“The lawsuit was filed, but I cannot discuss or comment on it,” said Casciaro. “Everything that needs to be said is contained the legal brief that was filed.”

Lamb had related in court that he was told by Casciaro to “talk’ with Carrick about drug money debt, and admitted to “getting out of control” and punching the youth, who subsequently hit the back of his head on the concrete floor of the store’s produce cooler. He stated that Casciaro told him the body would be disposed of, although Robert Render was in attendance. All four men worked at the store.

Lamb later renounced his confession, as coerced by Combs, and was offered immunity from prosecution in connection with Carrick. He is now serving time in prison for an unrelated theft of firearms, and break-in, at a private residence. Blood was found in the produce cooler, later attributed to Render by authorities, although a pair of stained undergarments and testing were lost.

The lawsuit delineates that Lamb’s testimony was fabricated, evidence concerning Render was “deliberately” withheld from defense attorneys, and his activities were covered up following Carrick’s disappearance.

It also contends that Johnsburg Police Chief Keith Von Allmen was friends with Render’s father, and acted in a biased manner. Render was charged with concealment in the case in 2008, but charges were later dismissed. Render died in 2012.

Casciaro has also sought a certificate of innocence, although prosecutors have protested the document. It is slated to be heard before judge Sharon Prather on May 11.

Requests for comment from the Village of Johnsburg and the McHenry County State’s Attorney’s Office were not returned at press time.