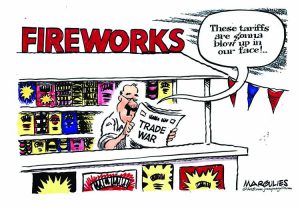 The Harvard University admissions process appears to be an ongoing microaggression against Asian-Americans.

A group called Students for Fair Admissions is suing the school for alleged racial discrimination and has filed documents in federal court making a persuasive case, based on data provided by the school.

Harvard denies it, but one of the imperatives of the affirmative action regime in college admissions is that schools never admit what they are doing.

The great and good at Harvard will insist that Asian-Americans all be called by their preferred pronouns, but they won’t afford them equal treatment in the admissions process. They will upbraid anyone daring to ask an Asian-American where he is from, but will, in effect, hold his ethnic background against him.

And they will do it by relying on the stereotype of Asian-Americans as dull, unrelatable “model students.”

According to the analysis of Duke University economist Peter Arcidiacono, an expert for the plaintiffs, an Asian-American applicant who is a male, is not economically disadvantaged and has, based on his other characteristics, a 25 percent chance of getting in would see his odds markedly increase if he belonged to another group. His chances of admission would be 36 percent if he were white; 77 percent if he were Hispanic; and 95 percent if he were black.

Why is this? Among Harvard applicants, Asian-Americans have the highest average SAT scores and the highest academic index, combining the SAT and high-school performance. Somehow, though, they manage the lowest admission rates.

They supposedly fall down on their personal ratings, which includes the question of whether the applicants have a “positive personality.”

It just so happens that, per Harvard, otherwise high-achieving Asian-Americans are beset by chronically negative personalities. It’s amazing that they somehow manage to do well in school and extensively participate in extracurricular activities despite their glum outlook and downbeat personas. Alumni interviewers who actually meet them tend to rate them highly. No matter.

The Center for Equal Opportunity report notes the contrast between Caltech, which doesn’t have affirmative action, and Harvard, which does. At Caltech, Asian-Americans make up more than 40 percent of undergraduates, a proportion that has grown robustly since 2000. At Harvard, Asian-American representation is now at 22 percent.

A 2013 internal Harvard analysis, according to the lawsuit, said that Asian-Americans would make up 43 percent of admissions if academics alone were the factor.

If Harvard applied its own standards to Harvard, it would be appalled by how it’s disadvantaging members of a minority group. It would encourage protests. It would refer itself for racial bias training. It would apologize and grovel and hope it all could be a teaching moment. But none of this will happen because it could lead to the admission of “too many Asians,” the scenario that its admissions policies and related subterfuge are designed to prevent.

The lawsuit includes an exchange with a teacher at exclusive Stuyvesant High School in New York City who breaks down and cries when she’s shown data on how much less likely her Asian students are to make it into Harvard. She’s upset by the unfairness of it — would that Harvard felt the same way.