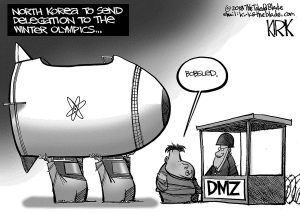 Is it me, or has anyone else noticed that when someone is exposed for wrongdoing, the responses all seem similar? No matter whether someone is overheard saying something racist, credibly accused of sexual harassment or caught in some incredibly egregious act, if the person decides that it’s futile to dispute the charge, his (or her) apology looks like it came from the same mea culpa template.

Somewhere in each one, there will be words to the effect that he or she has had a lapse in judgment, is sorry that he or she caused harm or distress and, this is my favorite of all, “This is not the person I am.” It’s not just individuals who eat the very same humble pie, but corporations, too, when they’re caught in some awful act.

Let’s take a certain hospital in Baltimore, the University of Maryland Medical Center, which on a very cold night was taped “patient dumping.” A passer-by shot video of an incoherent woman being taken out by security guards, wearing only a flimsy convalescent gown, and abandoned at a bus stop. Had the guy not interceded, there’s every reason to believe that she would have frozen to death. Sure enough, when the facilities administrator realized that the inhumane treatment had been inescapably proven, he had no choice but to face a news conference. And what did he say? You guessed it: “We firmly believe what occurred Tuesday night does not reflect who we are.”

I’m left with the impression that when someone uses the “not who I am” phrase, that’s exactly who they are. All the person is trying to do is wriggle out of the mess. And that explains why everyone’s grovels all resemble each other. Many, if they can afford it, quickly go out and hire a crisis manager, a glorified PR person. Their loads of Crisis Response Altering Perceptions all sound the same. For that they get big bucks.

Then we have those who never say they’re sorry. They have decided never to show any remorse about their disgusting comments or conduct. I’m thinking, of course, of a certain president of the United States. He has concluded that even hinting at second thoughts shows weakness, and from a tactical point of view, he’s usually right. So when he states something that’s blatantly racist, he can swat the outrage away by denying he ever said what he said, even when there are witnesses. “I’m not a racist. I am the least racist person you have ever interviewed, that I can tell you.” Yup, he’s said that. And his base laps it up.

Then you have the accessories before and after the fact, accomplices who filter their every utterance through their ambition. They are the ones who curry favor with the president because they’ve calculated that it will be in their self-interest. First, two GOP senators who were in the room — Tom Cotton and David Perdue — insisted they “do not recall the president saying those comments specifically.” Now Perdue has gotten braver, declaring that Trump didn’t say “s***hole”; it was a “gross misrepresentation.” Apparently, he heard “s***house.” How absurd is that?

Our social and political discourse has gotten that moronic. Polite or impolite, it’s still pathetic.