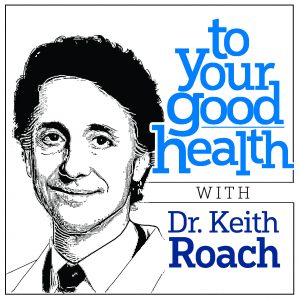 DEAR DR. ROACH: I am battling depression and have a question about psilocybin. I stopped taking Effexor for my depression because I did not like the side effects. I also tried SAM-e, which had only a small effect. So, for the past three months I have been trying cognitive behavioral therapy, using certain tactics.

I’ve cut back my days of work and avoid all news when not on the job. I stringently avoid social media. I don’t put myself into situations that I know will upset me. I am also limiting my alcohol consumption. Lately I’ve been reading about how microdosing the psilocybe mushroom can elevate or change moods for the better.

I would like to know your opinion on the use of psilocybin for depression. It seems to be gaining traction, but my fear is that it can bring on degrees of psychosis. — S.M.

ANSWER: I found two studies on psilocybin, a naturally occurring chemical in 200 or so species of mushrooms, especially those of the genus psilocybe. One study from 2016 was in 29 people with cancer, and anxiety and depression: 60-80 percent had “clinically significant reductions in depression or anxiety.” Another study (also from 2016) treated 12 patients with treatment-resistant depression with two doses of psilocybin, and their depression scores were reduced by more than half at five weeks. All 12 patients had adverse effects, usually mild, such as headache, nausea or confusion. Two patients had paranoia. All adverse effects lasted less than a day.

While I am optimistic that this might lead to an additional option for therapy, these are very small studies. Further, the authors of the second study note “patients have taken pharmaceutical grade compounds of known strength and purity, under the supervision of trained therapists.” The authors and research institution “cannot advise on the procurement of illegal psychoactive substances, nor can we recommend self-medication.” I can’t emphasize that enough.

DEAR DR. ROACH: Someone I know, who is a nurse, mentioned to me that she had Lyme disease about 15 years ago. She said her doctor at the time told her that if she gets it again, she will die. Is this true? I would have thought some immunity would be gained once you have it. She is completely healed and said she has no health issues associated with it. — D.S.

ANSWER: Lyme disease is caused by the bacteria Borrelia burgdorferi, and is spread by the deer tick. There are many manifestations of Lyme disease, including rash, many nonspecific symptoms, and late symptoms such as arthritis.

Death from Lyme disease is rare, and is usually a result of carditis, which is heart inflammation. This happens in about 1 percent of cases of Lyme disease. There were nine cases of fatal Lyme carditis reported between 1985 and 2018.

People who are treated early for Lyme disease, such as those get the classic bull’s-eye rash, do not get immunity to Lyme. However, people who have had Lyme long enough to develop arthritis do develop some resistance to future episodes. Unfortunately, we are still at least several years away from a Lyme vaccine.

I could find nothing to support a significant risk of death from people who get Lyme disease a second (or subsequent) time, so I think you can reassure your friend.