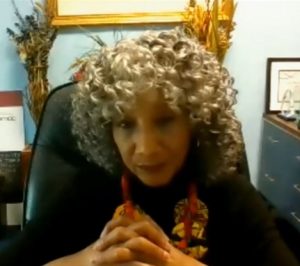 AARP Illinois, alongside community advocacy groups such as Asian Americans Advancing Justice, the Chicago Urban League and the Resurrection Project, released a report Monday, Feb. 8 analyzing substantial gaps between white Illinoisans aged 50 and over, and minority groups in that age range.

The research was conducted by Loyola University Chicago.

That report, as part of the “Disrupt Disparities Initiative,” provides several policy recommendations to be taken up as bills in the General Assembly to solve some of the challenges faced by older Illinoisans.

One of the policy recommendations under the subject of economic security is to expand the Illinois Secure Choice savings program, a retirement savings program for workers, to be available to workers at small businesses even if they have just one employee. Currently, businesses that do not provide a retirement plan for their workers are only required to enroll in Secure Choice if they have 25 employees or more and have been operational for two years.

Another policy recommendation to be solved via legislation is the expansion of eligibility for the Earned Income Tax Credit to include caregivers and adults who are 65 and over. According to the report, Black and Hispanic Illinoisans are overrepresented in low-wage jobs not covered by the EITC.

Sen. Jacqueline Collins, D-Chicago, said during a Feb. 8 news conference that the process of filing legislation initiating some of the changes is underway.

Many of the health issues highlighted in the report have been exacerbated by the COVID-19 pandemic. Black, Hispanic and Asian Illinoisans have died at rates higher than their share of the state population, and at higher rates than their white neighbors.

“Older adults of color have suffered from the effects of disparities that lead to health problems, unequal access to reliable health care and limited economic resources for far too long,” state Rep. Theresa Mah, D-Chicago, said in a Monday release. “The COVID-19 pandemic has shown us all the devastating impact of these inequities, and that urgent action must be taken to ensure that our adults of color can live healthy and fulfilling lives.”

The prevalence of telehealth has also been a consequence of COVID-19. Consultations and medical visits with health care professionals have increasingly taken place over the phone or via video chat as restrictions on in-person contact were put in place to mitigate the spread.

It’s also a useful tool independent of the pandemic for older Illinoisans who do not have easy access to health care professionals or facilities.

According to the report, older adults who use the internet had improved outcomes in knowing their health issues, communicating with medical professionals and using health services. It also correlated with better cognitive functioning, independence and interpersonal interaction with healthy adults.

However, there is a digital divide along racial, ethnic and socioeconomic lines regarding who has the internet access for telehealth. Approximately 20 percent of Illinoisans over 50 do not have broadband or internet access, with Black and Hispanic residents having the lowest rates of access.

As part of their recommendations for expanding access, the Disrupt Disparity Initiative is calling for the Illinois Broadband Advisory Board, to which members are appointed by Gov. J.B. Pritzker, to reflect the multicultural makeup of the state. The board oversees the $420 million Connect Illinois program enacted by the Pritzker administration to expand broadband connectivity throughout the state by 2024.

AARP currently has a member on that board.

Today, over a third of Illinois residents are age 50 or over. Like much of the U.S., the state’s population is getting older, with those over 50 being a larger share of the population than in decades past. It’s also becoming more ethnically diverse.

The Disrupt Disparities initiative is embarking on a multi-year effort with lawmakers and government agencies to “create systemic policy changes on behalf of, and with, older adults of color.” The initiative is hosting a summit with the Illinois Department on Aging on April 26 and 27.

“We must make policy changes now to address these challenges, reduce these disparities, and make sure all older adults in Illinois can age with dignity, health and security in the communities of their choice,” the report’s conclusion reads.