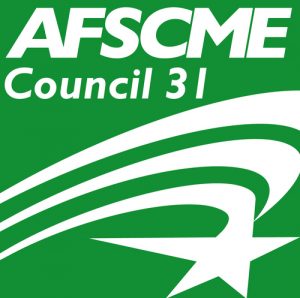 SPRINGFIELD – Nearly 40,000 state employees will receive long-awaited pay raises and many will receive back pay for raises they did not receive for the past four years under a new labor agreement that was recently ratified.

The agreement covers members of the American Federation of State, County and Municipal Employees, or AFSCME, Council 31, the largest state employees union in Illinois. It represents workers in several state agencies, including the Department of Human Services, the Department of Children and Family Services and the Department of Corrections.

The new four-year agreement replaces one that was scheduled to expire June 30, 2015, which was early in former Republican Gov. Bruce Rauner’s administration. Rauner cut off negotiations with the union when its members would not accept his demands, which called for pay freezes and drastically higher health insurance premiums.

Employees had been operating under terms of that expired contract ever since, even though Rauner refused to pay the annual raises included in that contract, sometimes known as step increases, for workers as they move up in the pay scale.

“The Rauner era was one of hostility to working people and chaos in state government. AFSCME members got through it by standing together and refusing to be bullied,” AFSCME Council 31 Executive Director Roberta Lynch said in a statement released June 22.

Those raises will be partially offset by increases in premiums and out-of-pocket costs in the state group health insurance program that will average about $13 per month for individual policies and $18 per month for family policies.

The new contract was negotiated with Democratic Gov. J.B. Pritzker’s administration over the past several months. It was ratified by local unions in more than 400 worksite meetings in balloting conducted June 12 and June 21.