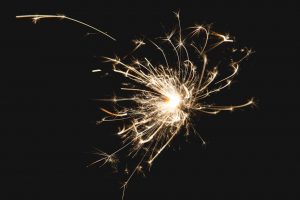 The Illinois Explosives Act requires that anyone who purchases, possesses, uses, transfers, stores or disposes of explosives, including display fireworks, must have an explosives license issued by the Illinois Department of Natural Resources.

The Illinois Department of Natural Resources (IDNR) and the Office of the State Fire Marshall (OSFM) are reminding Illinoisans to keep a few regulations and key safety tips top-of-mind heading into the Fourth of July holiday.

For individuals, community groups, and organizations sponsoring fireworks displays in Illinois, it’s important to be sure fireworks vendors have the required state licenses and certificates issued by the IDNR and the Office of the State Fire Marshal (OSFM) prior to planned fireworks shows.

“As our local cities, towns and villages begin to plan their annual fireworks shows, we want to ensure the safety of viewers and participants and that starts with ensuring vendors hired to display fireworks are licensed appropriately by the state,” said IDNR Director Colleen Callahan.

The Illinois Explosives Act requires that anyone who purchases, possesses, uses, transfers, stores or disposes of explosives, including display fireworks, must have an explosives license and explosives storage certificate issued by the IDNR. Licensing and storage requirements administered by the IDNR do not apply to Consumer Fireworks (classified as 1.4 explosives).

The Illinois Explosives Act is administered by the IDNR Office of Mines and Minerals Explosives and Aggregate Division. The division is staffed by trained and experienced blasting specialists located throughout Illinois. In addition to requiring comprehensive licensing, training and examination for individuals, the law requires that unattended display fireworks and explosives must be stored in an explosives magazine, storage facility or container that is inspected and certified by IDNR.

IDNR currently has 2,201 individuals licensed for the use of explosives in Illinois, of which approximately 760 are specifically for the use of display fireworks. There are 746 certified explosives storage magazines in Illinois, which contain nearly 41 million pounds of explosives. Of those storage magazines, 99 are certified specifically for the storage of display fireworks.

Anyone possessing, using, transferring or purchasing display fireworks without a valid IDNR individual explosives license or storage certificate is violating Illinois law and could incur penalties.  A violation of the Illinois Explosives Act can be a Class 3 felony, with a maximum penalty of five years in prison and a $10,000 fine. In addition, the IDNR can assess administrative fines for violations involving display fireworks and other explosives.

Emergency responders are reminded to contact IDNR and the OSFM immediately with reports of personal injury or property damage resulting from the use of explosives, including display fireworks.

“Numerous communities have canceled shows again this year, which could be temping for individuals to hold their own backyard displays,” said Illinois State Fire Marshal Matt Perez.  “Fireworks are dangerous and should only be used by trained individuals. Fireworks not only could injure those shooting them but could also start fires in neighborhoods. Remember, fireworks should only be used by professionals.”

Approved Consumer Fireworks are regulated by the OSFM and are permitted only in villages, counties, and municipalities that have passed ordinances allowing such displays. Consumer fireworks may be purchased and displayed only by adults who have obtained permits from their local jurisdiction. Handheld fireworks, including firecrackers, roman candles, and bottle rockets are not approved for sale or use in Illinois.

Healthcare facilities reported 163 persons having been injured by fireworks during the 2020 seasonal reporting period, that is up from the 126 injuries reported in 2019. Approximately half of all injured persons suffered multiple injuries. Of those injured, 120 were male. More than half of all injuries (59 percent) occurred to persons over 22 years of age. Children’s injuries in the 11-16 age group almost doubled (23) from the previous year of 12.

To report an explosives incident or accident concerning display fireworks, the public should contact the IDNR Office of Mines and Minerals Explosives and Aggregate Division at 217-782-9976 and the OSFM at 217-785-0969.