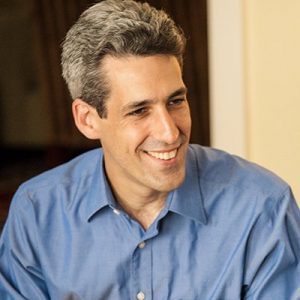 Daniel Biss argued that many experts have said that not taking progressive action now against wage discrimination could mean the practice persists beyond our lifetimes.

Efforts to close the wage gap for female employees in Illinois will have to wait until at least January.

The state Senate last week failed to override the governor’s veto of a bill that would have restricted Illinois employers from being able to ask employees about their wage history.

With women making 80 cents for every $1 a man makes for doing the same job, supporters said the measure was vital for closing the wage difference.

“Most employers want to do the right thing, but for an employee’s salary to be based on previous wage history — where she was discriminated against — it follows her to her next employer,” said Sen. Daniel Biss (D-Evanston), a Senate sponsor of the measure.

The 29-17 vote broke down along party lines, with all 17 Republicans present rejecting the measure. To override the governor’s veto a three-fifths majority, or 36 votes, was required.

Had Thursday not been the close of the session, also known as “Getaway Day,” the measure may have gained enough votes as eight Democratic senators were not present for the vote. Four Republicans were also missing when the vote was taken.

One senator, Martin Sandoval (D-Chicago), voted “present” although he was listed as a Senate sponsor of the bill.

Biss argued that many experts have said that not taking progressive action now against wage discrimination could mean the practice persists beyond our lifetimes.

“There is a ton of data and numerous studies that show wage discrimination follows a woman from workplace to workplace and can be felt two decades later,” Biss said.

Sen. Karen McConnaughay (R-St. Charles), who voted for the proposal when the Senate first considered it in May, said she could not support the measure this time around.

“Who in the room is not for equal pay?” she said on the Senate floor. “I voted for this the first time and got some push-back from small-business owners. How would we educate employers about this?

“A woman business owner came to me and said, ‘This is one more burden on me as a business owner.’ She is trying to build a better life for her kids. Sometimes actions have unintended consequences. I think there is a better way to do this.”

The senator also had a problem with the legislation carrying a fine for violations.

Biss said a stipulation in the legislation did allow employees to bring civil action against employers who did make the applicant’s wage history a condition of employment. The business could also have faced a $5,000 fine for violating the rule under the proposed legislation, he said.

“A lot of employers don’t ask at all,” Biss said. “The intention is to educate employers that do ask. The numbers are low enough that we should not see a lot of litigation.”

Sen. Toi Hutchinson (D-Chicago Heights) argued that the legislation is needed to prevent wage discrimination, especially against women of color, who, she said, are paid rates as low as 48 cents on the dollar compared to men.

“Women who are stuck in low-wage jobs have no way to jump through the barrier,” Hutchinson said. “Their salary is based on their last job. It is a way to make the web harder and harder to penetrate.”

State Sen. Dale Righter (R-Mattoon) said that the bill had a lot of stipulations of which the average small-business owner would not be aware.

“Small employers do not have an experienced employment attorney on staff, but that is what they would need with this bill,” Righter said.

Sen. Michael Connelly (R-Naperville) said he appreciated the spirit behind the bill as his wife has competed against men in engineering for 30 years. Connelly said similar legislation he presented that didn’t get to the Senate floor was based on businesses getting incentives to do a self-evaluation plan regarding wages. He said getting business to correct the discrepancy is the overall goal.

He offered to let Biss be the lead on his bill when the Senate reconvenes next year.

“Let’s come back in January. Run my bill in January,” Connelly offered to the Evanston senator. “Instead of using a stick, let’s use a carrot.”