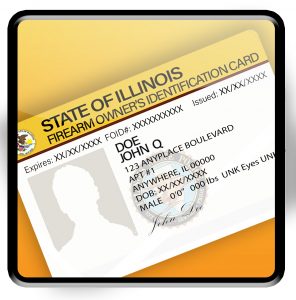 The bill includes creating a “prohibited persons portal” to track people who have had their FOID cards revoked or suspended. Law enforcement agencies would have access to that portal, and the bill requires Illinois State Police to have it online within 90 days of the bill’s effective date. (ISP photo)

SPRINGFIELD – The Illinois house on Wednesday, June 16 passed a Firearm Owner Identification card law change that would strengthen law enforcement’s ability to retrieve guns from those with suspended or revoked FOID cards and allow for voluntary fingerprinting to expedite renewals.

FOID card applicants would not be required to submit fingerprints, but if they do, or they share with the Illinois State Police the fingerprints they filed to receive their Concealed Carry License, they would be eligible for the automatic renewal process, which is to be established by ISP by 2023.

That process would allow applicants who submit fingerprints to be automatically renewed without a renewal fee, provided they purchased a gun sometime within the 10-year period between renewals and passed the ISP background check in the process.

Otherwise, the application fee for renewal would remain at $10 every 10 years, but the bill would direct $5 of each renewal to State Police Firearm Services Fund and $5 to the State Police Revocation Enforcement Fund.

The law already passed the Senate on May 31 by a 40-17 vote and it passed the House June 16 by a vote of 75-40. Its Senate sponsor was Dave Koehler, D-Peoria, and its House sponsor was Jay Hoffman, D-Swansea. While a lawmaker put a procedural hold on the bill, Hoffman said Wednesday night he expects it to soon head to Gov. J.B. Pritzker for a signature.

FOID card renewal delays have been an ongoing problem in Illinois, with gun rights groups filing lawsuits regarding the delays and lawmakers frequently citing the issue as the main reason they are contacted by constituents.

The State Police supported the FOID bill, House Bill 562, and has long advocated for the redirection of funds from the renewal fees to fund a more targeted approach to renewals and enforcing revocations.

The bill also strengthens enforcement mechanisms for removing guns from the hands of those who have had FOID cards revoked.

That includes creating a “prohibited persons portal” to track people who have had their cards revoked or suspended. Law enforcement agencies would have access to that portal, and the bill requires ISP to have it online within 90 days of the bill’s effective date, which is January 2022.

The bill also requires ISP to establish the Violent Crime Intelligence Task Force to aid in enforcement of FOID card revocation or suspension enforcement. The task force would “conduct enforcement operations” for those with suspended or revoked licenses, with a priority on individuals “presenting a clear and present danger to themselves or to others,” according to the bill. 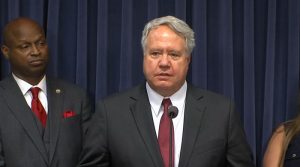 The task force would be a law enforcement entity, not a legislative task force, and the ISP director would have the authority to execute intergovernmental agreements with other law enforcement agencies to create it. Any agency that is part of the task force could apply for grants through the State Police Revocation Enforcement Fund, which receives half of the FOID fee money.

Another portion of the bill would require ISP, by July 2022, to create a publicly searchable database that contains the serial numbers of weapons that have been reported stolen. Anyone purchasing a gun from a private sale could search the database to ensure it was not stolen.

The measure also requires the State Police to monitor state and federal databases for residents charged with firearm-related crimes and to correlate the measure with FOID and Concealed Carry Licenses to identify individuals that should not be allowed to own a gun.

The bill was backed by Illinois State Police Director Brendan Kelly. Its passage came more than two years after a shooting at an Aurora warehouse left five people dead and others injured. In starting a push for new FOID laws in 2020, Kelly said that shooter should not have had a gun because there was a 1995 felony aggravated battery conviction on his record.

During floor debate, Rep. Keith Wheeler, R-Oswego, said he had issues with some of the language in the bill, but he would vote for it because of its increased enforcement mechanisms. Wheeler said he had family connections to two people killed in the Aurora Shooting at the Henry Pratt Company warehouse.

“And just so it’s clear to everyone, that (shooter) had his FOID card revoked, almost five years before that horrible incident occurred. Five years before the shooting, but law enforcement had no tools to be able to recover that (gun),” he said.

Trevor Wehner, who was killed in the shooting on his very first day as an intern, Wheeler said, was the son of his high school classmate, Tom Wehner. Wheeler said he voted for the bill per Tom Whener’s request.

“There are a lot of things in this bill that I don’t love, that I don’t think are going to work the way they may be intended,” Wheeler said. “And I commit to all my friends in the (Second Amendment) community that we will work on getting those corrected before this bill takes effect… But this bill gives law enforcement the actual chance that necessary tools to prevent another tragedy.”

Otherwise, the floor debate mirrored much of the public discourse on guns, with Republicans challenging the constitutionality of the FOID card in general and Democrats citing the need for enhanced safety measures.

Rep. Deanne Mazzochi, R-Elmhurst, said the bill does not do enough to target those who own guns illegally without a FOID card.

“It’s not going to fix the outstanding problems that people are experiencing when it comes to actually getting their FOID cards,” she said. “It’s also not doing anything to increase the penalties on individuals who are arrested for gun crimes without a FOID cards. It’s not doing anything to mandate prosecution of people who are arrested for gun crimes without possessing a FOID card.”

The bill also creates a FOID Card Review Board to consider appeals on denied or revoked cards.

Also per the bill, anyone engaging in a private sale or transfer of a gun – including the buyer and the seller – would be required to maintain records of the sale for a period of 20 years, unless it was done through a Federal Firearms Licensee.

The bill also authorizes ISP to produce an electronic FOID and Concealed Carry License, allows the agency to provide a single card for FOID and CCL, and would update FOID and CCL renewal dates to be the same for one cardholder.