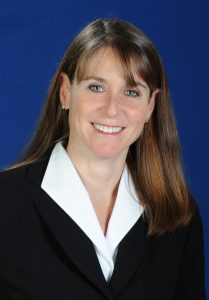 SPRINGFIELD — Certain chemicals that are commonly used as sealants on asphalt driveways, parking lots and playgrounds could soon come under state regulation over concerns about their impact on human health and the environment.

A state Senate committee advanced a bill Feb. 27 that would require public entities, including schools and state agencies, to publicly disclose their use of coal tar-based sealants or any other sealants with high concentrations of a substance called “polycyclic aromatic hydrocarbon,” or PAH, a compound that federal officials say poses risk to both human health and the environment.

“According to the American Medical Association, it increases your chances of developing certain kinds of cancers by 38 times,” said Sen. Laura Fine, D-Glenview, the lead sponsor of Senate Bill 2954. “And so with this legislation, we’re just educating parents of what may or may not be on their child’s playground so they can make that decision for their health.”

The bill requires public schools to inform the public at least 90 days before the signing of a contract to use the chemical. Those entities also must post, for a minimum of 10 years after application, signage on the school’s grounds regarding the dangers the use of the chemical poses.

It also requires contractors or those applying the chemical to disclose its contents and risks to any consumers, public or private, and puts several other requirements in place, such as requiring them to provide information on alternative methods for sealing upon request.

Coal tar sealants are generally used to protect the surface of the underlying asphalt, thereby extending its useful life. But over time, it tends to break down and eventually washes away from rain water, sending it into stormwater drainage systems, then into lakes, rivers and streams.

Steven McCracken, technical director for the DuPage River Salt Creek Workgroup, an organization that helps municipalities and wastewater treatment plants in the DuPage-Cook County area comply with federal clean water regulations, said PAHs have been showing up in that area at levels that could pose risks to aquatic life.

“We were actually looking for metals and we discovered concentrations of these pollutants at levels that would be impactful on aquatic life at numerous sites,” he said. “And when I say impactful, I mean that there’s a scientific sort of threshold that you pass [and] you say you’re probably going to see impacts. That’s the kind of level that we were seeing them at.”

Despite the health and environmental concerns, PAHs are not regulated at the federal level. As recently as last year, the U.S. Environmental Protection Agency was in the process of developing toxicity standards for PAHs, but that process was suspended in December 2018.

There also are no standards for workers in businesses that apply coal tar sealants, although Colleen Smith, who lobbies for the Illinois Environmental Council, said the National Institute for Occupational Safety and Health is studying what exposure levels are safe for workers.

But Fine pointed out that four states – Washington, Minnesota, Maine and Wisconsin — have banned the chemical on their own, as have a number of municipalities. In Minnesota, she said, there have been a number of lawsuits over the cost of cleaning up sites contaminated with PAH.

The bill has drawn opposition, though, from a number of industry groups. Brad Babcook, lobbyist for the Chemical Industry Council of Illinois, said he believes the health risks have been overstated.

“We don’t know of any health effects,” he said. “There was no personal injury cases on anything related to the folks manufacturing or applying this coal tar. … We just feel that the way that the bill is drafted, it will lead consumers that have to go through a lot of hoops and onerous regulations here, we’ll just eventually end up banning the product altogether.”

The bill also requires the Department of Public Health to adopt rules and standards to be used in assessing acceptable levels of PAH content of pavement seals by January 2021.

A person or entity who violates the act is subject to a fine between $1,000 and $10,000, but an amendment to the bill stripped a section that would have required municipalities to adopt ordinances enforcing the law.

The bill passed out of the Senate Environment and Conservation Committee on a 6-3 vote, which means it is now ready for consideration by the full Senate.