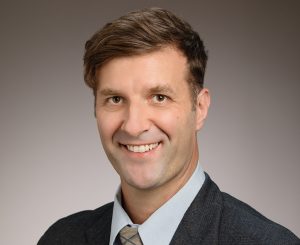 The education reform bill HB 2170, passed by both chambers of the Illinois Legislature, includes the creation of a Freedom School Fund. Jon Hale, a professor of educational history at the University of Illinois Urbana-Champaign, wrote the 2016 book “The Freedom Schools: Student Activists in the Mississippi Civil Rights Movement” (New York: Columbia University Press).

In an interview with News Bureau education editor Sharita Forrest, Hale discussed the roles of Freedom Schools in promoting civil rights and educational equity and the implications for Illinois in funding Freedom Schools statewide.

When did Freedom Schools originate and what were their objectives?

The term “freedom school” was used during Reconstruction because formerly enslaved persons worked with the Freedmen’s Bureau to build schools for African Americans, often leading the efforts. Sometimes these schools were referred to as “freedom schools” because Black communities, especially in the South, identified education with freedom, liberation and the pathway to full citizenship.

Freedom Schools were there to provide academic instruction, but they had overriding goals of community engagement, activism and learning how to challenge segregationist and racist policies.

Marian Wright Edelman, the civil rights and children’s rights advocate, took the name and founded the Freedom School Program in 1995. A lot of the time when we are discussing Freedom Schools, we are referring to the schools started under her program.

How many Freedom Schools exist in the U.S. currently?

There are over 200 Freedom Schools nationwide that have educated more than 150,000 children since 1995. Freedom Schools have always been an alternative to the public school system as six-week summer programs that address summer learning loss. But now they have become so much more important because COVID-19 has devastated public education in terms of funding, displacing students and teachers, and increasing privatization. We need them now more than ever, which is why this legislation is so important.

What do Freedom Schools have to offer young people and broader society today?

A very rigorous, culturally relevant academic curriculum that focuses on literacy is the first tangible element these schools provide. But at the same time, it is an element of economic empowerment because they hire young people from the community they seek to serve and train them in the Freedom School model — introducing young people to the principles of the civil rights movement and how to put Black students and students of color front and center.

And that is not always taught in every teacher education program across the country. So, they offer a new way of teaching — one that has been tried and proved by the civil rights movement.

They also offer a new generation of young scholars who are actively committed to community and democratic engagement. It is not just checking boxes and making sure that we provide the vocational skills to get a job, it is asking the larger democratic questions. We need that now more than ever to clean up the mess of the past four years.

What are the implications for the state of Illinois if the bill is signed into law?

This legislation, if it is handled well, can really put Illinois in a progressive national leadership role. It has the potential to be the first state-funded Freedom Schools network in the nation.

The 1776 Commission’s history curriculum was a reactionary response to the 1619 Project, which accurately states that the U.S. was built on slavery, racism and economic exploitation, and asserts that unless we recognize that, we are not going to heal and move forward as a nation.

The commission and the former president wanted to place the democratic “American values that we hold dear” such as liberty and the pursuit of happiness at the front and center of the official history of the U.S. Their curriculum was built on the idea that the nation was founded on the principle of equality and that we have supposedly always respected that.

The commission said that its revised curriculum was a truer history of the nation, and anything that introduced race, racism or racial identities – which the commission called “identity politics” — runs counter to that narrative and goes astray.

The 1619 Project was created by a multiracial, award-winning panel of journalists, historians and authors grounded in the civil rights tradition. While the project’s curriculum was disputed by some historians, the consensus was that it was not only historically valid, but something we need to do if we are to improve as a country and actualize the ideals outlined in the U.S. Constitution.