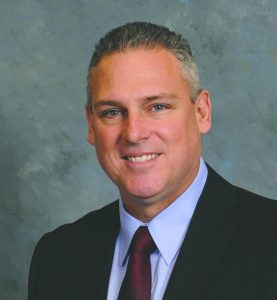 CHICAGO – Some people in Illinois may soon notice the water coming out of their taps tastes different.

The Illinois Environmental Protection Agency is on the verge of adopting new regulations that would more than double the minimum amount of chlorine required in public water supplies, a move intended to prevent the outbreak of water-borne illnesses such as Legionnaires’ disease.

Since 2015, 13 elderly residents of the Illinois Veterans Home in Quincy have died of complications caused by Legionnaires’ disease, a form of pneumonia caused inhaling water vapor infected with Legionella bacteria.

“Legionella is the target of that rule,” said Rep. Keith Wheeler (R-Oswego) co-chair of the General Assembly’s Joint Committee on Administrative Rules, or JCAR.

JCAR gave its blessing to the proposed new rule July 16 during a brief meeting in Chicago. That means IEPA is now free to formally adopt the new rule, making it enforceable on all public water systems in the state.

Although there was no debate about the proposed new rule during the July 16 meeting, the issue raising the state’s rule on minimum chlorine levels was the subject of intense discussion for nearly two years between state officials, local water supply systems and a nonprofit organization called the Alliance to Prevent Legionnaires’ Disease.

Chlorine is an element on the periodic chart that has been used for decades to disinfect water. It is also a key ingredient in household bleach.

The IEPA first proposed the higher standards in August 2017. The proposal then went under intense review by the Illinois Pollution Control Board, an independent agency in charge of defining and implementing environmental regulations in the state. In July 2018, that board issued an opinion and published the first notice of the proposed new rules, which triggered a public comment period and public hearings.

They noted that federal environmental regulations only require there to be “detectible” levels of chlorine, and do not set any numeric standards. They also argued that only a handful of other states require chlorine levels as high as those Illinois is proposing, and that there is scant evidence such limits have any impact on public health, especially since diseases such as Legionnaires’ disease are usually the result of aging or deteriorated plumbing inside a customer’s building, not in the distribution system.

The Illinois Department of Public Health acknowledged that was the case in the 2015 Legionnaires’ disease outbreak at the veterans’ home in Quincy, but it also argued that, “the minimal residual disinfectant found in the public water supply was found to be drastically ineffective.”

After lengthy negotiations, the Pollution Control Board finally drafted a set of proposed regulations and voted May 30 to send them to JCAR, which approved them — along with 25 other sets of regulations from various agencies — in a single, blanket motion that sparked no discussion or debate.

Many of the other new regulations are merely updates or technical changes to regulations that have been in place for years.

Among them, for example, are new standards for the care and treatment of race horses.

Mickey Ezzo, projects manager for the Illinois Racing Board, said in a phone interview that the new rules more specifically spell out the kinds of activities that are prohibited. The new rules also come at a time when the horse racing industry is facing increased public scrutiny following the deaths of dozens of race horses in the United States in recent years.