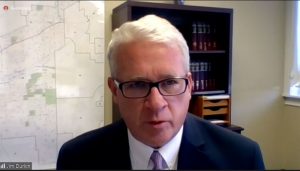 Former executives Anne Pramaggiore and John Hooker, along with lobbyists Michael McClain and Jay Doherty, were arraigned on the charges in U.S. District Court in Chicago during a hearing that was held remotely due to the COVID-19 pandemic.

In a 50-page indictment that was unsealed Nov. 18, federal prosecutors allege the four engaged in a conspiracy to award no-work jobs and lobbying contracts to close associates of Madigan as part of an effort to maintain his support for legislation that benefited the company.

During the arraignment, U.S. District Judge Harry D. Leinenweber, also a former state lawmaker, set an initial schedule that gives prosecutors and defense attorneys three months to exchange all the evidence they intend to use at trial and file pretrial motions. A status hearing is tentatively set for Feb. 16 and the defendants remain free on bond.

The charges against the four defendants comes on the heels of a deferred prosecution agreement that prosecutors unveiled in July in which current ComEd officials admitted to the scheme and agreed for the company to pay a $200 million fine in exchange for cooperating with the investigation and assurances that the company would reform its internal controls. 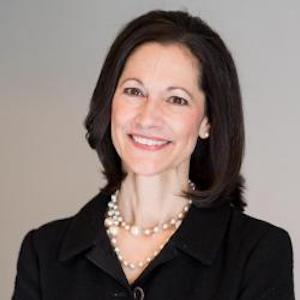 Beyond the federal charges, though, the cases have resulted in intense scrutiny for Madigan and threatened his hold on power in the House.

Although he has not been charged with any crime and has denied any wrongdoing, his support within the House Democratic caucus has gradually eroded since his appearance as “Public Official A” in July’s agreement. Madigan appears to no longer have 60 pledged votes in the House to support him, the number required to be reelected for another term as speaker in January.

Madigan also faces a Special Investigating Committee in the House that is charged with determining whether there is enough evidence to support disciplinary proceedings that could result in his ouster from the General Assembly.

Republicans petitioned to form that committee shortly after the deferred prosecution agreement was released, and they have frequently accused Democrats of dragging their feet on the investigation in an effort to protect Madigan.

Last week, however, just before the Thanksgiving holiday weekend, the committee’s chairman, Rep. Emanuel “Chris” Welch, D-Hillside, released hundreds of pages of documents that the committee had requested from ComEd, including numerous emails between McClain, a former lawmaker and longtime Madigan confidant, and another former ComEd executive, Fidel Marquez, who pleaded guilty in the bribery scheme in September.

Those emails strongly suggest that Madigan himself was deeply involved in urging ComEd to award jobs and contracts to his friends and associates.

The committee is scheduled to hold its next meeting on Monday, Dec. 14, in Springfield.

During a virtual news conference Wednesday, Dec. 2, House Minority Leader Jim Durkin, R-Western Springs, said he believes the emails and information from the indictments together provide enough evidence to support the charge that Madigan engaged in “conduct unbecoming to a legislator or which constitutes a breach of public trust,” and he called on Madigan to resign.

The ComEd emails, however, also show that company officials worked to hire people for its lobbying team who were close to Republican leaders, including Durkin.

One email, dated Sept. 16, 2013, to McClain from Scott Reimers, a lobbyist for the Illinois State Medical Society, urges McClain to consider a woman who had been working in Durkin’s office.

On Wednesday, Durkin insisted that he was not involved in recommending anyone for a job at ComEd.

“I did not have any involvement or make any phone calls on behalf of anyone for employment, (nor) did ComEd seek to curry favor with me with any type of contract for anyone,” Durkin said.

In a separate statement, though, Welch fired back at Durkin, accusing the Republican leader of trying to use the investigating committee for political gain.

“Leader Durkin is clearly seeking a public distraction from ComEd emails showing that the company took the same steps to influence him that he would now portray as unbecoming conduct, but his constant attempts to drag a serious investigative effort into politics will not influence the work of this committee,” Welch said.