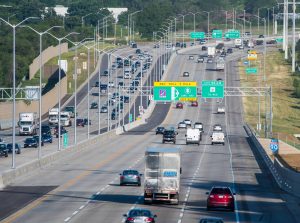 House Bill 394 and House Bill 399 were both sponsored by Rep. Martin Moylan, D-Des Plaines. Both received a unanimous 13-0 vote to move to the House floor.

HB 394 states that the Illinois State Toll Highway Authority shall not charge a toll for a vehicle pulling a single axle trailer at a rate higher than twice the regular car rate. For example, if a toll is $1.40, then the small trailer should only be charged an additional $1.40 for the extra axle, Moylan said this would be more reasonable.

“If you’re driving your car on the tollway and you’re pulling a small motorcycle, a small trailer with a four wheeler or a jet ski, or even if you’re going to cut your grandmother’s lawn, and you’re hauling a lawn mower, you are paying between $6.80 and $9.25 per toll, sometimes as high as $18,” Moylan said.

When the Tollway changed to open road tolling in the early 2000s, I-PASS systems only accounted for passenger cars, and a second category for small trailers, medium sized vehicles and medium trailers, which are all charged a higher rate than cars. Drivers pulling a single-axle trailer are being charged the same as a double-axle trailer, which is equivalent to pulling a large boat or small semi-truck.

Moylan said he presented an identical bill in 2018, but ended up holding it from going to a full vote because of concerns from the Toll Highway Authority, which agreed to work on a resolution.

Two and a half years later, the Tollway is still opposed to the legislation due to concerns of the General Assembly setting toll rates and the inability to differentiate between trailer sizes with existing technology.

Kevin Donahue, the government and legislative affairs manager for the Toll Highway Authority, said in his testimony the Tollway lacks the funds to upgrade its technology to identify the difference in trailer sizes.

“If the Tollway was to have to implement a $100 million weighing technology program it would take away our ability to do such projects as I-294, I-57 Interchange Project,” Donahue said.

The Tollway considered in-person cash collectors as a solution because they could identify the different sizes of trailers when vehicles would pull up to the toll booths to pay.

“So, the one viable solution that we thought would be consistent is no longer even an option because we won’t have cash collectors returning,” Donahue said. 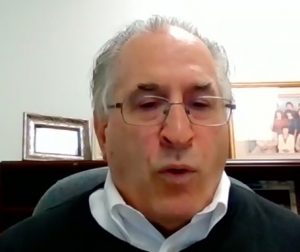 Several representatives questioned whether there was a simpler solution, one that would not require a complete overhaul of the tollways’ existing technology. Rep. Jawaharial Williams, D-Chicago, suggested tying transponders, or I-PASS devices, into trailer license plates where drivers could purchase a second transponder to tag their different sized trailers.

Donahue said he would look into the feasibility of that option, but expressed overall concern about violating the Tollway’s trust indenture agreement with bondholders.

Donahue said per that agreement, the Tollway, not the General Assembly, has the exclusive right to set toll rates, as the revenues the rates create are used a guarantee that the Tollway can pay its bonds.

He said in a worst case scenario, changes in revenue could open the Tollway to litigation from bondholders.

“If we’re not meeting the revenue and all of a sudden we’re not able to make our bond payments on time, or we’re able to but we’re having to put bond money towards other purposes and not what they were promised for, is where they (the bondholders) could potentially come after us,” Donahue said.

Committee members urged the Tollway to consider their solutions as the bill moved to the House floor.

The commission would create a statewide plan for a high-speed rail line and feeder network connecting St. Louis and Chicago that includes current existing Amtrak and Metra services. It would also connect the cities of Rockford, Moline, Peoria and Decatur and use inner city bus service to coordinate with the rail line.

Rick Harnish, executive director of the High Speed Rail Alliance, said in his testimony that the commission would create a forum for people to talk about what the statewide transportation network looks like and how it can be implemented.

“As we reinvent ourselves as a state post COVID, trains and buses can play a major role in creating new connections,” Harnish said. “In some cases, it might mean upgrading the existing Amtrak service, it may mean reinventing the way Metra operates. Certainly feeder buses play a major role and we believe that new infrastructure for electrified high speed trains need to play a major role.”

The commission would be required to conduct a ridership study and provide findings and recommendations for a governance structure, the frequency of service and a plan for implementation, according to the bill.