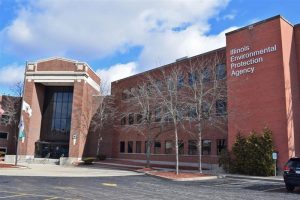 SPRINGFIELD – The U.S. Environmental Protection Agency has launched an investigation into the Illinois EPA over whether the planned relocation of an industrial scrap shredder on Chicago’s southeast side unfairly discriminates against communities of color.

A complaint filed in December by a pair of local community advocacy groups accused the Illinois EPA of unfairly discriminating against majority Latino and Black communities in the area by allowing a construction permit to be issued to General III LLC for a scrap metal recycling facility.

The complaint, filed by attorneys for the Chicago Southeast Side Coalition to Ban Petcoke and the Southeast Environmental Task Force, spurred the EPA’s External Civil Rights Compliance Office to open an investigation on Jan. 25.

The facility’s owners, General Iron Industries and RMG Investment Group, filed an application in late 2019 to relocate an existing scrap recycling facility from its current location on the near north side in Lincoln Park to a location on the southeast side.

The proposed new facility would be located on the bank of the Calumet River about a mile away from the Illinois-Indiana border, and just a few blocks away from George Washington High School. The IEPA issued a construction permit for the location on June 25.

Community members and activists are accusing state and city authorities of not doing enough to protect vulnerable communities which are already dealing with environmental issues in the area, claiming the facility’s relocation to a predominantly Latino community is a clear example of environmental racism.

“They were previously located in the Lincoln Park neighborhood, a predominantly white, higher income neighborhood on the north side of Chicago,” Breanna Bertacchi of United Neighbors of the 10th Ward said in a news conference Thursday, Feb. 4. “Local community members from that area rallied and demanded that they be closed down.”

A pair of explosions at the Lincoln Park General Iron facility in May prompted the city of Chicago to order the facility’s temporary closure, the latest in a list of safety issues that has included fires, building code violations, and citations for noise complaints, improper storage of hazardous materials, and excessive air pollution.

Bertacchi said that the previous issues were all the evidence that she and fellow community members needed to decide to fight the facility’s move to their community.

A spokesperson for the U.S. EPA said that the agency’s External Civil Rights Compliance Office will serve as a neutral fact finder in the case and will compile relevant information from all involved parties and to inform their next steps.

The EPA said the Civil Rights investigation follows a directive from the Biden-Harris administration to prioritize issues of environmental justice.

According to an EPA case manual, if the parties referenced in the complaint are found in noncompliance of federal civil rights laws, the EPA will issue findings and set standards for a “voluntary compliance agreement” that must be adhered to within 50 days.

If the parties remain in noncompliance after 50 days, the EPA may open an investigative hearing or refer the case to the U.S. Department of Justice.

In a Wednesday, Feb. 3 statement, the Illinois EPA said they “will work with U.S. EPA and involved parties in the review of the complaint,” adding, “at this time, it is premature to comment further.”

When the discrimination complaint was filed against the IEPA in December, IEPA submitted a 17-page response addressing each claim made to the federal EPA.

In the response, IEPA said that it acted within legal parameters in issuing the construction permit to General Iron and offered reasonable opportunity for public comment.

According to a June news release, the IEPA held two virtual public hearings on the issue and offered a period of 77 days for citizens to provide written comments before the construction permit was issued.

IEPA said 203 people participated in the public hearings while another 329 people provided written comments or “other submissions or exhibits”.

A spokesperson for RMG, the investment company affiliated with General Iron, said the company felt there was insufficient evidence to open the investigation, but would cooperate with the fact-finding investigation.

“The bar to trigger the U.S. EPA’s civil rights investigation is low, requiring a mere allegation of an unsubstantiated claim, and we believe that a neutral and fair investigation will prove that the allegations of discrimination are entirely without merit,” the company said in a Thursday, Feb. 4 statement.

In their virtual news conference on Thursday, Feb. 4, several community members expressed their frustration that public comments were not being taken into account and called on the state and city to take their requests seriously and push for laws that would protect their communities.

Olga Bautista from the Southeast Environmental Task Force said that the IEPA and the state have the legal ability to decline a permit based on whether the proposed project would cause harm to the community, but have chosen not to.

“This is not the first time that this neighborhood has gone to the IEPA to demand that they do something about the cumulative impacts that communities like the southeast side are experiencing,” Bautista said.

Nancy Loeb, an attorney for the Chicago Southeast Side Coalition to Ban Petcoke, who helped file the complaint, said the responses from IEPA and RMG are not sufficient.

“The state needs to make moves right now to make the standards higher because the rules have been so permissible to these companies that at the end of the day only care about their bottom line,” Bautista added.

A U.S. EPA spokesperson said Feb. 4 that they could not anticipate a timeline for when the investigation would be completed or when a decision would be reached on next steps in the case.

Until then, community members and activists have said they are planning for “the long haul,” with a group of residents banding together in a hunger strike in an effort to stop the permit and facility’s construction.

Oscar Sanchez of the Southeast Youth Alliance said he hopes the community’s pushback on the project will spark change in a region that has long been facing environmental issues.