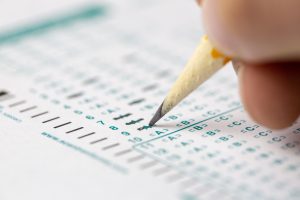 Teachers and other education advocates are urging the Illinois State Board of Education to go back to square one in its attempt to overhaul the system of standardized testing for students.

SPRINGFIELD – Teachers and other education professionals are urging the Illinois State Board of Education to reduce the amount of time students spend on standardized tests each year and to adopt a new testing system that produces more useful information to help teachers improve their instruction.

“One thing that we’re saying and that our members are saying is that we have a testing regime that has gone too far, and is not helping children learn,” Illinois Federation of Teachers president Dan Montgomery said during a virtual news conference Friday, April 29.

Under state and federal law, all students in grades 3-8 are tested each year in English language arts and math. They are also tested in science in grades 5, 8 and 11. In Illinois, those tests are known as the Illinois Assessment of Readiness, or IAR, and are taken by students in the spring.

Nationwide testing mandates are a product of the 2002 federal law known as the No Child Left Behind Act which uses them to hold teachers, schools and districts accountable for meeting state educational standards.

Recently, though, the State Board of Education has considered overhauling its testing system and at one point proposed replacing the single year-end test with three smaller tests that would be given in the fall, winter and spring. The plan also would have given districts the option of testing children in kindergarten through grade 2.

Amid pushback from teachers unions and others, however, ISBE backed away from that plan last year and instead commissioned a survey from the national Center for Assessment to get feedback from teachers, administrators, parents, students and others about ways to improve the state’s testing system. 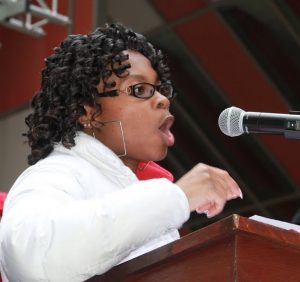 The results of that survey were presented to the board April 20. Among the key findings was that many people found the current testing system doesn’t provide much instructionally useful information because the tests are administered in the spring and results aren’t released until the next fall after students have already advanced to another grade.

Many respondents also said too much time is devoted to preparing for and administering tests, taking away from actual classroom instruction.

Many people surveyed also suggested the state could provide more resources to help local districts give interim tests at different times of the year – tests that would be completely separate from the accountability tests given in the spring – to help teachers tailor their instruction to meet their students’ immediate needs.

Finally, the report recommended that ISBE take its time and move deliberately before making any major changes to the testing system.

“There is high agreement about the need to improve state assessment, but less consensus about what improvement consists of,” the report stated. “ISBE can play a central role in providing leadership, building up trust, and developing plans that balance moving forward with maintaining needed quality.”

The push toward standardized testing as a way of holding schools accountable grew out of a movement that began decades earlier, known as outcomes-based education – the idea that schools should be graded on the basis of how much students learn rather than the resources that go into them.

That movement got a big boost during the Reagan administration with the publication of a 1983 report, A Nation at Risk, which painted a highly critical picture of the failures of American schools, calling the entire public education system “mediocre” and warning that it was quickly being surpassed by those of other nations.

But the emphasis on testing has long met resistance from many people within education, particularly teachers unions who have complained that it is unfair – especially to minority and low-income students who are more likely to attend under-resourced schools – and that it detracts from classroom education.

“This is a racist relic of the past,” state Sen. Cristina Pacione-Zayas, D-Chicago, said during the news conference. “Assessments have served to keep groups out of institutions, and we know that the value, the validity in our education system of using these assessments are highly questionable.”

Paul Zavitkovsky, a former teacher and principal who now works at the Center for Urban Education Leadership, said there are testing systems available that would produce more useful information for teachers, but many of them don’t report the results in any meaningful way.

“It looks like what the job of teaching is, is teaching a larger number of discrete skills faster and more effectively,” he said. “And that actually ends up reinforcing exactly the kind of teaching and learning that creates a lot of the opportunity gaps that we actually see out there.”