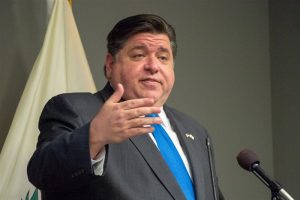 SPRINGFIELD – ’s office has laid out its energy goals in a clear effort to distance the administration and clean energy negotiations from scandal-ridden utility giant Commonwealth Edison.

The plan includes lofty goals for a clean energy future, specific objectives for carbon emissions and vehicle electrification, and abject admissions of ComEd’s history of shaping legislation in its favor. The state’s largest utility admitted in a court document last month to taking part in a bribery scheme linked to House Speaker Michael Madigan.

“The public rightfully questions whether any new energy laws might be inevitably tainted by the political power of utility companies that have used their excessive clout and political contributions to corrupt the political process for their own profits, and whose practices have led to criminal investigations and charges,” according to a 13-page document distributed by the governor’s office Aug. 20 and embargoed for release until Aug. 21.  “Their days of outsized influence on the process are ending.”

Pritzker’s plan is written as a set of guidelines to drive energy negotiations, rather than specific legislative proposals.

The first of the plan’s eight points centers on ethics and transparency for utility companies. That list has 12 sub-points, which Deputy Gov. Christian Mitchell told Capitol News Illinois on Thursday, Aug. 20 are aimed at rebuilding the public’s faith after the ComEd scandal.

“Why we thought it was important for the governor’s office to issue principles was to make sure that we level-set for folks, set a foundation that we thought could help restore some public trust in this process,” Mitchell said. “And what that meant for us, and was important to the governor, was centering this on utility accountability.”

First on the list, the governor’s office seeks to end automatic formula-based rate increases which greatly reduced the role of the Illinois Commerce Commission as an oversight entity – those automatic adjustments were established in the Energy Infrastructure Modernization Act of 2011. The governor’s plan would require utilities to put in requests with the ICC each time they want to raise rates and then justify their need for the increase.

The plan also calls for a reexamination of current subsidies such as Zero Emission Credits, which passed as part of 2016’s Future Energy Jobs Act, or FEJA, to help struggling nuclear power plants.

Mitchell said when it comes to subsidies such as ZECs, the governor’s office wants utilities to “show their math and show the ratepayers of Illinois why they need a benefit.”

“In the past, it’s always been ‘trust us, give us these resources, and we’re all good,’” he said. “And then as we’ve seen, again, four years later after FEJA, they’re now back saying ‘you’ve got to give us this or potentially you may have plants close.’ We’re not going to negotiate with a gun to our head.”

Stabilizing Renewable Energy Credits for energy producers such as wind and solar, on the other hand, is “an immediate priority for this administration,” according to Mitchell.

“We’re actually doing a lot to try to stabilize the renewable energy procurement space in general,” Mitchell said. “We’ve actually lost thousands of jobs because of a sort of fall-off in RECs in the renewable budget writ large just this year.”

A major difference from the Clean Energy Jobs Act proposal circulating in the General Assembly pertains to the procurement of energy capacity, which is the ability of energy producers to provide energy to the grid for years in advance. While CEJA advocates want Illinois pulled from the federally-regulated PJM capacity procurement auction in order for the state to run its own auctions that promote the purchase of renewables, the governor’s office does not agree. 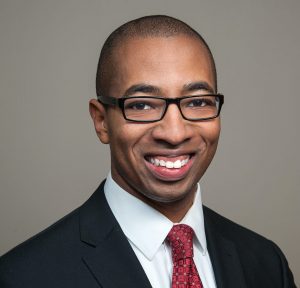 “Frankly, our concern (with pulling out of PJM capacity markets) is that the first thing you do there is you shovel billions of dollars toward Exelon without making them prove up their accounting, without making them demonstrate that this is money that they actually need,” Mitchell said.

An alternative, according to the governor’s plan, is implementing a “market-based” program that “incorporates the social cost of carbon.”

“Coal-fired power plants that do not capture carbon are on their way out in Illinois and nationally. It is our goal to design a program that accelerates closures, while redirecting revenue to other clean energy pursuits,” according to the plan.

Another portion of the plan focuses on consumer affordability protections, and calls for greater contributions from utilities to the state’s Percentage of Income Payment Program and low-income energy efficiency programs. It also calls for eliminating online payment fees for utility bills and prohibiting natural gas companies from assessing automatic monthly surcharges for infrastructure investments.

The plan also has a short section acknowledging the need for a statewide plan to support communities that have seen coal plant closures.

“I think it’s an area where every proposal we’ve seen — and I would obviously include the principles we laid out here — could use additional work, but it’s something we’re cognizant of,” Mitchell said of coal plant transitions.

Specific points in that section of the plan pertain to engaging local governments in community energy and climate planning, creating a displaced worker bill of rights that requires advanced notice of plant closures, and providing additional planning support to communities expecting closures. That includes the ability to apply for Illinois Environmental Protection Agency “just transition” grants.

Another priority for the governor, Mitchell said, is “making Illinois the best place to manufacture or own an electric vehicle.”

Specific goals include increasing the number of electric vehicles in the state to 750,000 by 2030. There are fewer than 25,000 such vehicles on Illinois roads currently, according to the plan. Strategies to get there include tax incentives for electric vehicle companies locating in Illinois and other incentives for businesses and residences installing charging stations.

Another point of the plan is to advance equity in the clean energy economy, including by incentivizing renewable energy providers to contract with diverse suppliers through tax credits and exemptions among other efforts.

Increasing battery storage capacity is considered in the plan as well. Mitchell said research facilities such as Argonne National Laboratory in DuPage County and Fermilab in Kane County can drive innovation which makes clean energy a more feasible and economically viable solution.

Added storage capacity is needed to make wind and solar more readily available at all times, rather than available only when the wind is blowing and the sun is shining.

“There are significant barriers to energy storage, and developing a market to research, develop, and deploy storage statewide will ensure we continue to lead in this space and rapidly grow in a way that supports the growth of renewables,” according to the plan. “One way to support storage is by incentivizing a storage-plus-renewables approach, rather than just renewable energy.”

Other goals include advancing energy efficiency in homes and home appliances through various programs and bringing “regulatory certainty” to renewable energy developers such as changing the interconnection process.