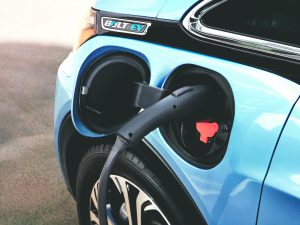 If Illinois is ever to get beyond just eking out a passing grade in infrastructure report cards, it needs to find a permanent funding source, according to experts.

Patrick Lachs, who helped craft the American Society of Civil Engineers’ most recent Illinois Infrastructure Report Card — which gave the state a C- overall — said a permanent funding source needs to be found at the state or national level, preferably both.

He said a onetime or temporary funding source will only get the state so far.

“That helps,” he said of a onetime infusion of money, “but it’s a temporary Band-Aid. The Illinois Department of Transportation and many agencies have shovel-ready projects. With immediate funding from a capital bill over three to five years, they will leverage what they can but the backlog for improvements will still be there.

“Without a permanent funding source, we will complete the capital plan and be back where we where.”

Both federal and state leaders have been batting about the idea of hiking the gasoline tax.

Lachs said any tax hike is a tough sell in this political climate.

“Many state representatives and federal representatives see that a gas-tax increase has a ‘T’ associated with it. They are all against raising taxes,” said Lachs, who has lobbied lawmakers on the state and national stage to find more money for infrastructure.

“Even though the gas tax is really a user fee paid by the user of bridges and roads,” he said, “it is still difficult to sell when people are already complaining about high sales taxes and property taxes.”

Lachs, an engineer with Hey and Associates in Chicago, said that Illinois’ gas tax of 19 cents per gallon has not been changed since 1991. He said the tax not being tied to inflation and cars being more fuel-efficient means that the tax actually has less of an impact on infrastructure now than it did in 1991.

Lachs added with more alternative fuel vehicles on the road every day, there will be less people paying for gas in the future so now is the time to get the revenue from people.

He added that proposals like Gov. J.B. Pritzker’s idea to triple the registration fee for electric vehicles makes sense as the state has to get infrastructure money from these drivers somewhere.

“Electric vehicles still use the roads. You are not going to be getting money from those drivers in the typical funding, the gas tax,” Lachs said, noting he is contemplating a hybrid for his next vehicle purchase.

As co-chair of the Illinois Infrastructure Report Card Committee, Lachs said the state is at or below the national average in its attention to navigable waterways, ports, rail, roads and transit.

“Illinois is in a unique position with its proximity to the Great Lakes,” he said. “We have an extensive freight rail network, but freight can have difficulties traveling through Illinois and the Chicago area can be a choke point.”

He said rail officials lament that they can get freight from Los Angeles to Chicago in 48 hours and then see that same freight take 24 hours to get across Chicago.

One of the state’s most problematic areas is its navigable waters, Lachs said, noting that civil engineers gave the state its lowest grade, a D-, in that area.

“Every time there is a delay in a lock and dam, the supply flow comes to a standstill,” Lachs said. “Our locks and dams have gone well beyond their designed life, and the U.S. Army Corps of Engineers has taken on a fix-it-when-it-breaks plan. Much of our roadway salt comes up the inland waterways. Things will get much more expensive when there are problems with locks and dams. It is a very cheap method of transportation right now.”

He said ensuring those waterways remain navigable is vital to the state’s $2 billion farm economy. Lachs noted that Illinois has more than 1,100 miles of navigable waters that border or pass through the state, ranking it eight of all states.

He noted that the recent budget stalemate was a huge factor in infrastructure falling into disrepair because there was “no ability for agencies to plan.”

“We need a multi-tier solution,” Lachs said. “The solution is adequate and long-term funding from the federal and state governments.”