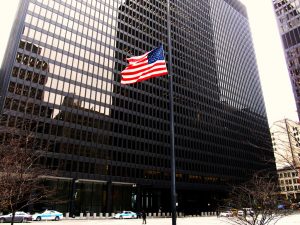 Each of the cases centers on the question of whether Democrats in the General Assembly violated the U.S. Constitution and the federal Voting Rights Act of 1965 in drawing the maps by diluting the voting power of racial and ethnic minorities — specifically, Hispanic voters in the Chicago area and Black voters in East St. Louis and the surrounding Metro East region.

All of the parties have spent the last several weeks filing thousands of pages of written briefs, depositions and other documents to bolster their cases, but on Tuesday it was the judges’ turn to focus the attention on the few questions that could be pivotal in deciding whether the maps that lawmakers approved will stand for the next 10 years or whether changes need to be made to protect minority voting rights.

Among the questions the judges asked was if voters of different races and ethnicities in Illinois still vote as identifiable blocs, whether the exact composition of a district really matters or if there is enough “crossover” voting in the state that minority groups can still win representation in the General Assembly even though they are minorities within their own districts.

“Illinois in 2020 is not your grandfather’s Illinois,” Sean Berkowitz, an attorney defending the maps passed by the General Assembly in August and signed by Pritzker in September, told the judges.

Berkowitz pointed to the fact that there are a number of Black lawmakers in the Statehouse who do not come from predominantly Black communities. He also pointed to the fact that even though whites make up the largest racial group in Illinois, the current lieutenant governor, attorney general and secretary of state are all Black while one U.S. senator, Tammy Duckworth, is Asian American.

“Crossover voting in Illinois is the norm, not the exception,” he said, adding that Illinois today “is not Mississippi in 1965 or Illinois in 1980.”

Plaintiffs in the cases include a group of Latino voters in the Chicago area represented by the Mexican American Legal Defense and Educational Fund; Black voters in the Metro East region represented by the state and local branches of the NAACP as well as the United Congress of Community and Religious Organizations, or UCCRO; and Republican leaders in the General Assembly who are challenging both the Chicago and Metro East redistricting plans.

Those attorneys spent the morning trying to convince the judges that racially polarized voting does continue to exist in Illinois and that if the maps approved by the legislature are allowed to stand, Latino and Black voters will lose political influence in state government.

In particular, they argued that many of the minority members of the General Assembly were first appointed to their seats after their predecessors stepped down in the middle of their. That gave the appointed lawmakers a significant advantage by allowing them to run as incumbents.

As a result, they argued, the number of minority lawmakers in Illinois was largely the result of Democratic Party officials, not necessarily the voters in their districts, choosing to put them in office.

“Voters should not have to rely on the benevolence of party leaders” to receive fair representation, one attorney for the Republican plaintiffs said.

Attorneys for the legislative defendants, on the other hand, countered that it showed how Democrats, who currently have supermajorities in both chambers of the General Assembly, are committed to ensuring minority representation and, therefore, would not be inclined to take actions that would dilute their voting power.

All three sets of plaintiffs have submitted proposed remedial plans that would redraw House and Senate district lines in the areas of the state they are contesting. But it wasn’t clear Tuesday whether the court would accept any of those plans, even if it does find a legal or constitutional violation in the approved maps.

U.S. District Judge Jon E. DeGuilio, a panel member from the Northern District of Indiana, asked at the start of the Dec. 7 hearing whether the court should be in charge of approving a remedy or if it should remand the process back to the General Assembly with instructions.

Attorneys for the legislative defendants argued for it to be sent back to the General Assembly while plaintiffs argued that lawmakers have already had two opportunities to pass a fair redistricting plan.

One plaintiff’s attorney also questioned whether lawmakers would have enough time to act before mid-January when candidates in the 2022 elections begin circulating nominating petitions to qualify for the primary election ballot.

Although lawyers in the case still have another week or so to submit additional rebuttal briefs in the case, the judges have indicated they intend to issue a ruling as quickly as possible so the case does not interfere with the 2022 election calendar.