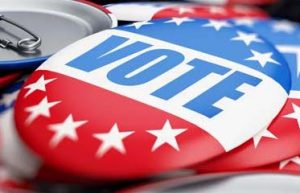 House Bill 1871, now law effective immediately, revises the state election code to allow election authorities to install drop box sites where voters can submit mail ballots without postage before and on Election Day. Election officials can also allow for curb-side voting for individuals to cast ballots from their car under the supervision of election judges from both parties and poll watchers.

The law, introduced in the Senate by state Sen. Julie Morrison, D-Lake Forest, would also require election authorities to accept mail-in ballots with insufficient or no postage.

“We saw during the November 2020 General Election how many people enjoyed having a more safe, accessible and easier way to vote,” Morrison said in a statement. “Just because the pandemic is winding down, doesn’t mean expanded voters’ rights have to.”

Also under the bill, Illinois can use federal funds distributed to states for election administration through the 2002 Help America Vote Act to create and maintain secure collection sites for mail ballots.

The changes to the election code went into effect immediately after being signed into law, meaning they will apply to the consolidated municipal elections on Tuesday, April 6.

Pritzker released a statement on March 26, following the Senate’s passage of the bill the day prior, contrasting Illinois’ efforts to those happening in other states such as Georgia to restrict absentee voting.

“Here in Illinois, we’re shining a bright light on how to make it easier, taking lessons we learned in the pandemic and applying them to the future. I applaud our General Assembly for voting to strengthen vote-by-mail opportunities here in Illinois by allowing local election authorities to use drop boxes and curbside voting,” he said in the statement. “In Illinois, voters will have safe and convenient options to exercise this fundamental, constitutional right.”