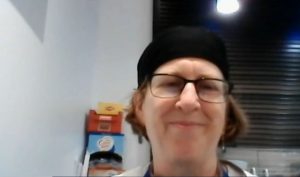 SPRINGFIELD — A group pushing for approval of the graduated tax constitutional amendment on Nov. 3 used tax day to further its cause Wednesday, July 15 the second of a two-day push promoting an overhaul of Illinois’ current income tax system.

In Rockford, Peoria and the Metro East on Tuesday and in Chicago, its suburbs and Springfield on Wednesday, graduated tax proponents organized by the Vote Yes for Fair Tax ballot initiative committee made their case for a change to the state’s constitutionally-enshrined flat tax to one that allows the state to charge different rates on different levels of income.

The speakers in favor of the change included religious leaders, seniors, teachers, small business owners, firefighters and others. The coalition was backed by community and advocacy groups, labor organizations and faith groups.

“It’s completely unfair that educators, like myself, pay the same income tax rate as millionaires and billionaires,” Rebecca Gamboa, a teacher at Madison Elementary School in Lombard, said in a virtual news conference. “I love what I do. And I’m proud of my job, but I think it’s only fair for the wealthy to pay just a little bit more so the rest of us can get a break.”

She said the $3 billion annually expected to result from the graduated tax when it is implemented for a full year could be beneficial to schools, which are already underfunded due to ongoing state fiscal pressures.

The ballot measure will require 60 percent of those voting on the question in the November general election or a majority of those voting in the election to approve it for it to become law. If it passes, a rate structure already been approved by lawmakers would become law in January.

Noah Millard, a DeKalb firefighter, argued that raising billions from the top 3 percent of earners is a budgetary solution that might help stave off cuts.

“When there’s an emergency in my community, I want to make sure that my brothers and sisters are on the job and ready to go,” he said, “not furloughed, not lacking tools or appropriate protective equipment or laid off due to budget cuts.”

The news conference came one week after business-tied groups launched an anti-amendment coalition against the November ballot measure.

The groups for and against the tax are both well-funded, including Vote Yes for Fair Tax, which is tied to organized labor. Gov. J.B. Pritzker has donated $51.5 million of his personal fortune to another committee supporting the measure.

When the opposition group launched last week, however, it argued that the state’s fiscal pressures won’t be entirely solved by the $3 billion in estimated revenue from the graduated tax rates, so more hikes would inevitably be needed down the line. It argued that might come in the form of raised rates for the middle class, even if the currently proposed rates do not take such an action.

The new rate structure would not change the necessary vote threshold in the General Assembly to raise taxes in the future, but the opponents argue it would be politically easier for lawmakers to raise rates when they are doing it for only certain tax brackets and leaving others unchanged.

“To cover all of Springfield’s spending and debt, the tax brackets and rates will have to be changed to raise taxes on the middle class and even the working poor…,” Illinois Farm Bureau President Richard Guebert Jr. said in a news release after the launch. “So while proponents claim the progressive tax would only tax ‘the rich,’ many of whom are local leaders like family farmers who are investing in their communities and creating jobs, the truth is that this amendment will open up every Illinoisan to tax increases.”

While the corporate tax rate would go from 7 to 7.99 percent under the proposed rates, proponents say that small businesses earning less than $250,000 per year will see taxes lowered if they are pass-through entities such as S-corps or sole proprietors.

Ronit Golan, owner of Ronit’s Kitchen in Rockford, said Tuesday in the virtual news conference she was a supporter of the graduated tax.

“Now, more than ever, in these uncertain times, it’s essential that we do everything we can to establish our economy and make things better for working people as well as entrepreneurs,” she said. “With just a slight increase for those making $250,000 or more a year, we can begin to address our state’s uncertainty.”

The opponents, including Republicans in the General Assembly and the Illinois Chamber of Commerce, however, argue that the flat tax does provide certainty for businesses and changes to it would have a negative impact on Illinois business owners.