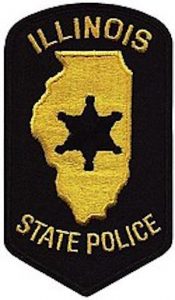 “The citizens of Illinois have been delayed getting their FOID cards for months,” ISRA Executive Director Richard Pearson said in a news release. “We have tried to work with the State Police on this matter, but nothing is happening. We are left with no other choice but to file a lawsuit.”

The gun rights groups said the lawsuit was filed on behalf of Illinois residents Ryan A. Thomas and Goran Lazic in the Northern District of Illinois, Eastern Division federal court. The news release said Thomas and Lazic have been waiting for their FOID cards and licenses for three years.

According to the complaint, the money should have been used for the administration of the FOID card act, background checks for firearm-related services, and concealed carry licensing.

“Instead, the more than ($29.5 million) has been subject to interfund transfers which are ostensibly to be repaid but which have not been, or swept into other accounts without an obligation to reimburse the funds at all,” according to the lawsuit.

“The sweeping of funds has denied qualified Illinois citizens their rights and the ability to defend themselves and their families,” SAF founder and Executive Vice President Alan Gottlieb said in the release. “Because of this practice, ISP processing of FOID and concealed carry applications has slowed to a crawl, allowing paperwork to languish. That’s not just poor performance, it’s pathetic.”

ISP spokesperson Beth Hundsdorfer, however, said in a statement the ISP does “not have the authority to ‘sweep’ funds.”

“In 2015 and 2018, $13.2 million was swept from the Firearms Service Fund into the general fund during the budget crisis. Under the current fiscal year, funds have not been swept, allowing the Firearms Services Bureau to start filling 17 analyst vacancies, procure technology to offer better customer service and to begin building a new Appeals Bureau,” she said.

She added that 90 percent of FOID applications were on average processed in fewer than 30 days and it took an average of 65 days to renew a FOID card in 2019.