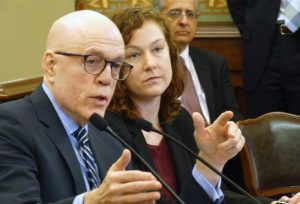 SPRINGFIELD – Illinois House Democratic Leader Greg Harris said Monday, Nov.29 he will not seek reelection in 2022 and will step down from the General Assembly after eight terms in office.

Harris, 66, of Chicago, is the first openly LGBTQ legislative leader in Illinois history who spent much of his time in office advancing gay rights, health care reform and social service funding.

“I think it was just, it was just time. At the end of this term, I’ll have been there in the General Assembly, 16 years. And that just seemed to be a good amount of time,” Harris said during a phone interview.

Harris said he would finish the rest of his term and would continue to lead the Democratic caucus through the annual budget process in the upcoming 2022 session.

He said he chose to make the announcement now so other potential candidates in the 13th District would have time to decide if they want to run for the office. Candidates in the 2022 election will begin circulating nominating petitions in mid-January.

Harris was first elected in 2006, succeeding former Rep. Larry McKeon who, like Harris, was both openly gay and HIV-positive. He was reelected seven more times and did not face a challenger in any of those elections.

“I hope it means I did a good job and people were happy and thought I should keep going,” he said.

Asked about his biggest accomplishments as a lawmaker, Harris cited his efforts to pass marriage equality in Illinois.

“For me, passing marriage equality in Illinois and giving lesbian, gay families the right to be married and participate in civic life as full partners, that was really important,” he said.

In 2010, Harris was the lead House sponsor of a bill, Senate Bill 1716, establishing the Illinois Religious Freedom Protection and Civil Union Act, which recognized civil unions of same-sex couples in Illinois.

In 2013, he was the lead House sponsor of another bill legalizing same-sex marriage in Illinois. Then-Gov. Pat Quinn signed it into law in November that year, nearly two years before the U.S. Supreme Court declared same-sex marriages legal nationwide. 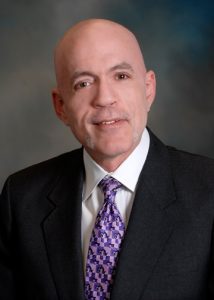 In his retirement announcement, Harris listed other legislative accomplishments during his tenure, such as reducing economic disparities in accessing mammograms and breast cancer treatment, cutting red tape in the state’s health care system and lowering the costs of prescription drugs.

In 2019, Harris was named House Majority Leader. From that position, he was able to help steer many of Gov. J.B. Pritzker’s policy initiatives through the House, including state budgets and the $45 billion capital improvements plan, “Rebuild Illinois.”

He has also been House Majority Leader throughout the COVID-19 pandemic when he and other Democratic leaders were criticized by Republicans for allowing Pritzker to manage the state’s response largely through executive orders, with little input from Democrats. But Harris defended that decision, saying the governor’s office was better equipped to respond to the crisis quickly.

“A lot of the execution of public policy and implementation of directives, those rightly belong to the executive branch, and especially in a public health emergency where people’s lives are at stake,” he said. “I think it’s been important that we have people who are professionals in public health who are looking at the science who are making the correct determinations and implementing public health strategies in a short order. I mean, especially with these variants coming around, to wait for weeks and weeks for a legislative debate I don’t think would have been a good idea.”

“As a values-oriented leader and as the first openly gay majority leader, Greg has given a voice to so many who have continuously felt left out of state government,” he said. “I am grateful for Leader Harris’s support as I’ve navigated my first year as Speaker. I look forward to his continued guidance throughout the 102nd General Assembly, but I will forever be blessed to call him a friend.”