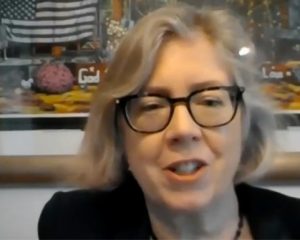 SPRINGFIELD — The Illinois Housing Development Authority presented their plans for how to use incoming federal COVID-19 assistance during an Illinois House of Representatives Housing Committee hearing Wednesday, March 10.

Kristin Faust, IHDA executive director, provided an update on two state initiatives that leverage funds from the federal Coronavirus Aid, Relief and Economic Security Act to help tenants and homeowners who experienced a loss of income due to the coronavirus pandemic. Those are the Emergency Rental Assistance Program and Emergency Mortgage Assistance Program.

From the federal CARES Act passed last March, IHDA received around $325 million in funding to give landlords direct back-payments for missing rent and homeowners for delayed mortgage payments.

Between September and December, Faust said IHDA provided $225 million in rental assistance through $5,000 grants to around 46,000 renters, and $100 million in grants up to $25,000 for approximately 10,000 households to make mortgage payments.

Due to Gov. J.B. Pritzker’s eviction moratorium, which has been in effect since March of last year and was recently extended to April 3, Illinois landlords have been losing out on millions of dollars in payments each month.

According to Faust, the department estimated that by January there were between 350,000 and 540,000 renters who were at risk for eviction once the moratorium expires, and that tenants owed their landlords around $1 billion. However, Faust said she believes, based on “rough math,” that number should be around $800 million due to IHDA’s recent assistance program.

IHDA is now looking at how it will distribute approximately $500 million the department expects to receive from the second federal stimulus package passed under the Trump administration in December. Faust said IHDA hopes to have the program operational before May 1.

The Illinois Rental Protection Program, which will be the state’s new method of providing tenants and landlords assistance for missed payments, will feature a number of changes from the Emergency Rental Assistance Program.

Per those changes, a tenant will not need to produce a written lease to apply, as Illinois law does not require written leases for tenants to rent property. Landlords and housing providers will be able to apply on behalf of tenants, where previously it was required that tenants file the forms after missing rent payments.

Per another change, grants distributed through the program will be in exact amounts according to the tenant’s situation rather than a fixed $5,000 sum.

The threshold for eligibility will be adjusted for family size instead of being a uniform number for all households, and applicants who are unemployed and earn less than 50 percent of the Area Median Income, based on U.S. Housing and Urban Development data, will receive prioritization for grants.

The new program will not have mortgage assistance, which was absent from the December stimulus package.

The U.S. House of Representatives passed a third round of coronavirus stimulus on March 10. The bill, known as the American Rescue Plan, puts $1.9 trillion dollars towards COVID-19 relief nationwide.

“There will be more funds coming, and this time it will be for rental and mortgage assistance,” Faust said.

Following Faust’s testimony, the committee debated and ultimately struck down a bill from Republican Rep. Charlie Meier of Okawville that sought to strip some Illinois tenants of eviction protections granted under the governor’s executive order.

According to Meier, the bill would be targeted at residents who were taking advantage of the moratorium to not make utility payments or engage in other bad faith actions to the detriment of struggling mom-and-pop landlords.

“You have my commitment to work with you on this issue but I can’t support this bill in its current form,” Will Guzzardi, D-Chicago, who chairs the Housing Committee, said before calling for a vote. Nine Republicans and one Democrat voted in favor of the legislation, with 12 Democrats voting against it.