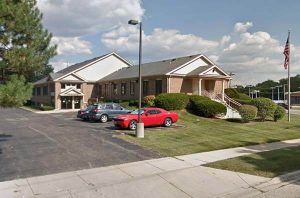 SPRINGFIELD — The U.S. Department of Housing and Urban Development is providing $21.6 million in CARES Act funding to 68 public housing authorities, or PHAs, throughout Illinois to help low-income families during the novel coronavirus pandemic.

The state’s local housing authorities can apply those funds to “eligible coronavirus activities” related to preparation and response to the virus for families taking part in Housing Choice Voucher and Mainstream Voucher programs, according to a news release distributed by HUD on Tuesday, Aug. 11.

The Housing Choice Voucher program allows low-income families, as well as elderly and disabled persons, to live in private, instead of public housing, with the tab paid by the federal government through PHAs that administer the program. The Mainstream Voucher program does the same but is only available to families that include a non-elderly person with a disability.

Examples of activities covered by the funding include relocating families to other units for hospitalization or quarantine; childcare costs for students at home due to school closings; and procuring cleaning supplies and services to sanitize common areas at PHA-owned units.

“This funding will provide additional resources to public housing authorities to make sure people have a decent, safe and affordable place to call home,” HUD Secretary Ben Carson said in a news release.

The next two highest disbursements are significantly smaller — Grayslake’s housing authority will receive $670,000 and the DuPage Housing Authority based in Wheaton will receive $642,000. A full chart displaying how HUD is spending CARES Act nationally and in Illinois is available at Hud.gov.

“The need here in Illinois and across the nation is tremendous,” Pritzker said. “But I will work with the champions in the General Assembly, as well as in Congress, to advocate for more federal assistance to keep people in their homes.”