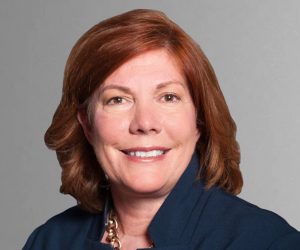 SPRINGFIELD – The Illinois Emergency Management Agency was forced to adapt quickly to a new role when the COVID-19 pandemic first hit last year, and the agency’s director told a legislative committee that more work needs to be done to prepare for the event of another statewide disaster.

“Even though we provide resources to counties and local jurisdictions during times of disaster, we really never had a logistical arm to the organization. That has since changed,” IEMA Director Alicia Tate-Nadeau told a Senate budget committee. “So overnight, we turned into a Fortune 500 logistical supply chain management system. And you can imagine the lessons that are learned from trying to do that.”

One of the earliest challenges the agency faced in the first weeks and months of the pandemic, she said, was trying to amass a stockpile of personal protective equipment, or PPE — the face shields, gowns, gloves and N95 masks needed to protect health care workers and first responders who dealt directly with COVID-19 patients.

But it quickly became apparent that most of the PPE in the world either came from outside the United States or the raw materials used for manufacturing it did. And although the federal government maintained a stockpile of PPE, Tate-Nadeau said, “the Strategic National Stockpile was only meant for one or two cities across the nation, not for the entire United States.”

“Whenever we think about, you know, vulnerabilities and how we could improve things, it really comes down to manufacturing,” she said. “Strong relationships with manufacturing, the ability to be able to surge in certain areas.”

IEMA has since acquired two warehouses of its own, she said, including one in Rochelle, in northern Illinois, and another in Pana, in central Illinois. But she said a third one is needed in southern Illinois, where there has long been a risk of a major earthquake.

“That one down south that is yet to be determined is critical should we ever see the earthquake scenario,” she said. “That way, the southern portion of the state is not cut off from the supply chain, because we know everything from the southern portion of state all the way through Tennessee, it’s all going to be blocked off. Everything’s going to have to come in up north for resupply.”

Another lesson the agency learned, Tate-Nadeau said, is that more work needs to be done to strengthen and professionalize local, county-level emergency management agencies.

“Many of our smaller counties maybe have somebody who is just part time or a third time, or just one person,” she said. “And what we do know is that success in major events like this is about having someone who truly understands emergency management. … Having the capability for each county to be able to house 25 people during an event would have precluded the state from taking such a large role.”

Tate-Nadeau’s comments came during a Senate committee hearing on the agency’s proposed budget for the upcoming fiscal year, which begins July 1.

Overall, the agency is seeking a budget of just under $2.2 billion for fiscal year 2022, or $404 million less than the current year. That is due mainly to an expected decrease in federal funding, which makes up about 84 percent of the agency’s budget.

One of IEMA’s main roles is to act as a pass-through agency that receives federal funds for disasters and homeland security and passes it on to other agencies.

The agency is requesting, and Gov. J.B. Pritzker proposed in February, an increase of $3.5 million in allocations from the General Revenue Fund, which is the main discretionary spending account that lawmakers allocate each year. That would bring GRF funding for the agency up to $11.35 million.

Tate-Nadeau said payroll accounts for only 13 percent of the agency’s total operational budget.

The proposed budget calls for an overall $4.1 million decrease in state funds when “other state funds” are considered along with General Revenue funds. “Other state funds” come mainly from fees the state charges that are dedicated to IEMA’s various missions. The agency expects a $7 million decrease in the Nuclear Safety Emergency Preparedness Fund, which is funded through statutory fees on the nuclear power industry.

Tate-Nadeau said the agency has taken several steps to trim its budget in light of the state’s stressed financial condition. That includes reducing its request for new equipment by $1.4 million, cut $1.2 million from its information technology request and reduced its operational budget by $251,000.

“Over the years this agency has been saddled with attrition budget constraints, hiring freezes, and has been left with bare bones staff that is continually asked to do more to meet the 21st century challenges,” she said.