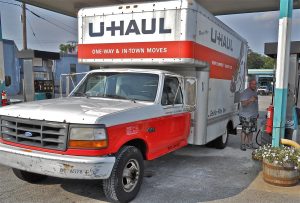 In a 12-month period, the equivalent of Peoria’s population left Illinois.

That outmigration was the largest of any in the nation and resulted in a net loss of more than 37,000 Illinoisans. And for the third consecutive year, Census data showed Illinois was the only state in the Midwest to lose net population.

“We had net migration to other states equal to the population of Peoria all in one year,” said Illinois Policy Institute vice president of policy Michael Lucci. “Imagine just taking your seventh largest city and saying ‘they’re not paying taxes anymore.’ That’s what just happened in Illinois.”

Lucci said the blame for a population loss of this size rests with lawmakers in Springfield.

Utah saw the highest amount of growth with a 2 percent increase to 3.1 million people.

At 12.8 million people and shrinking Illinois is tracking to drop to the sixth-largest state in the nation, falling behind Pennsylvania.

The Illinois Radio Network is an independent project of the Illinois Policy Institute.